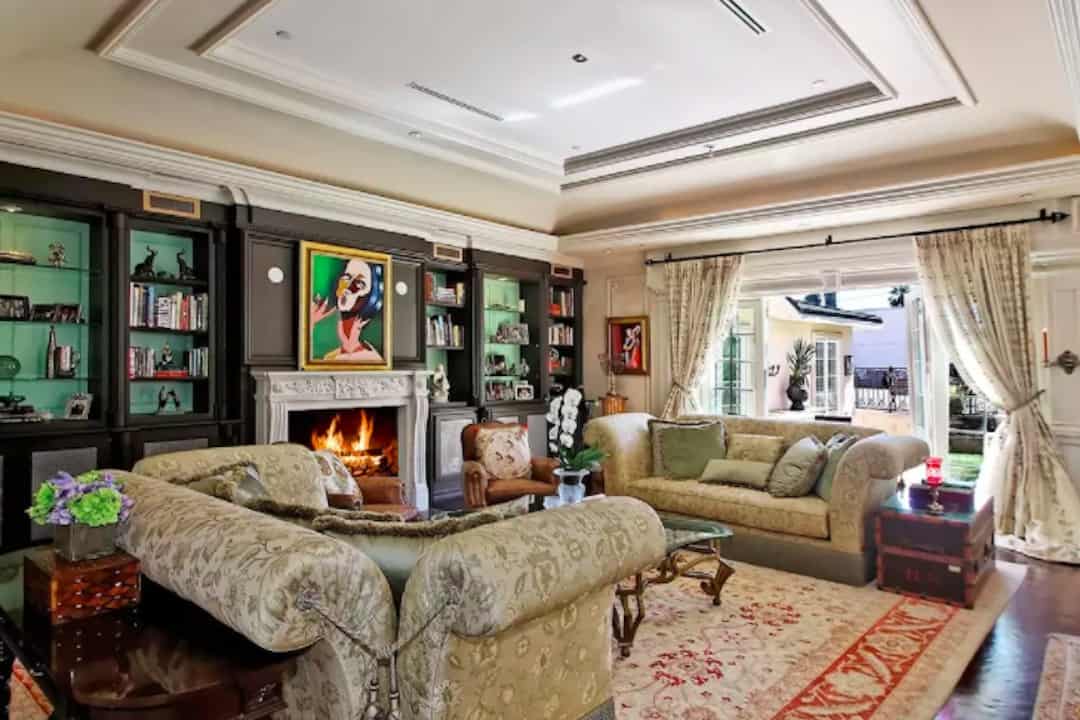 Here’s how you can rent SRK’s luxurious house in LA, see photos inside

Bombay: Superstar Shah Rukh Khan has become household name across the globe with over 100 Bollywood films and nearly three decades of career in the industry. Aside from his on-screen character, SRK is known for his life as a king. From his Rs 200 crore Mumbai home, Mannat, a villa in Dubai and the world’s fastest car Bugatti Veyron worth Rs 12 crore, the actor has some of the most luxurious things around.

Apart from that, SRK also owns a sprawling villa in Los Angeles which is handpicked in Airbnb – The Beverly Hills Luxury Chateau in the City of Lights. It has six spacious bedrooms, expansive Jacuzzis, private cabanas overlooking a huge swimming pool, and a private tennis court.

SRK often travels to Los Angeles to spend time with friends and family. In 2019, he flew to the United States for a short vacation. He shared some cool photos where he can be seen enjoying the Los Angeles sun, sitting by the pool.

Sharing photos on Twitter, Shah Rukh wrote: “Finally the California sun is out… it’s time for the pool… maybe he should dress properly now in my @airbnb villa in LA #Ad #LAonAirbnb.”

Speaking about his stay at the Airbnb villa which is a perfect blend of classic and contemporary, Shah Rukh said in a statement, “There is no place like home to disconnect from the outside world and spend time. with himself. Being able to break away from a hectic lifestyle several thousand kilometers from the city was a refreshing experience.

Just imagine spending a day at the home of superstar Shah Rukh Khan. So, if you are traveling to the United States, you can now rent King Khan’s luxury villa at INR 1.96 lakh per night, according to a report in Architectural Digest.

Meanwhile, professionally, SRK will next be seen in Pathan, along with Dimple Kapadia, Salman Khan and Deepika Padukone.