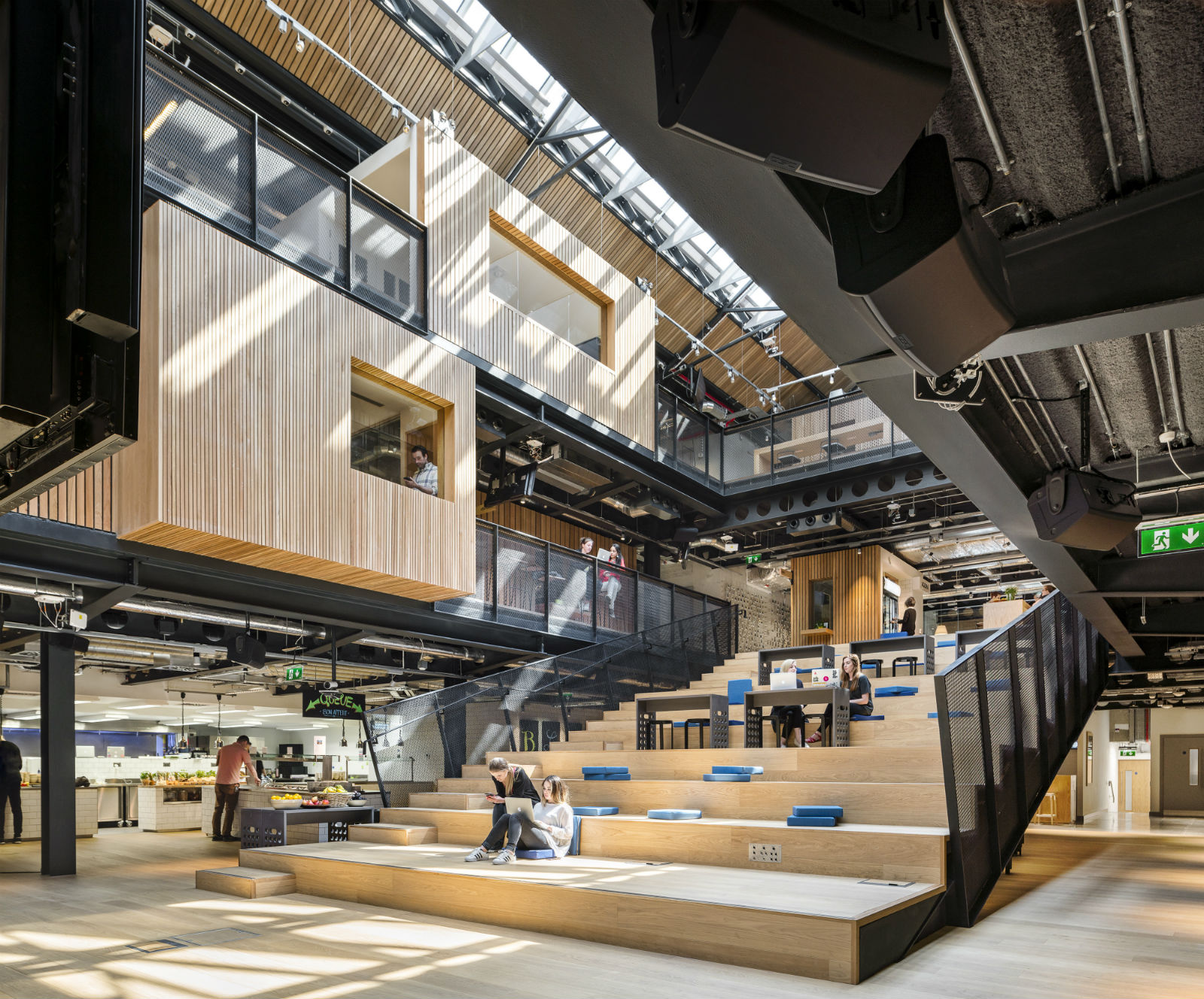 Airbnb has officially opened its new headquarters in Dublin, located on Hanover Quay, in the “Silicon Docks” district of the Irish capital. The 40,000 square foot project, dubbed The warehousewill house over 400 employees and emerges from another collaboration with dublin-based heneghan peng architects, the firm behind the company’s previous dublin office (which will remain in operation).

The three floors of the new Dublin headquarters are designed around an atrium and amphitheater in the center of the building and feature a large central staircase, named “Agora”. The staircase can serve as a large conference or community event space for up to 400 people, or a lounge-style work environment for employees throughout the normal working day.

Airbnb’s new international headquarters inherits a rich history, having housed Dublin Trawling Ice & Cold Storage since 1865 and Raleigh Bicycle Company since 1954. When the bicycle maker left in 1980, the warehouse was only a shell for a completely open floor. plan, falling into disrepair after suffering not one, but two fires. Airbnb would have had a direct architectural contribution in renovating the empty space, maximizing the chances of “unplanned encounters that open avenues of creative exploration”, which “only the physical workspace can activate”, according to Aaron Harvey, Head of Environments Team at Airbnb.

“Our ambition has often been tempered by the constraints of an existing structure that cannot be changed,” Harvey said. “It was with the Dublin warehouse that we finally had the opportunity to bring about the level of interaction and crosstalk that we had always imagined.”

Each of the 29 main workspaces, or “neighbourhoods”, has its own large communal table instead of individual desks, shared storage space for employees, one or two sitting booths and a corner designated living area, while secondary workspaces exist in the kitchen areas or meeting spaces scattered throughout the warehouse, such as on the landings between floors. With more workstations than staff, the architects designed enough space for everyone to sit where they want, according to for News Four.

Of course, in keeping with tradition, The Warehouse offers meeting rooms designed as replicas of the hottest listings on the Airbnb platform, drawing inspiration from destinations such as Mykonos, Lisbon, Puerto Vallarta, Jalisco in Mexico and Montpellier. in France.

The warehouse is also Airbnb’s first urban campus model, which is expected to become more prevalent in the company’s office spaces in the future.

Nearly half of all California Airbnb renters stay in Los Angeles

6 Deadly Airbnb Spots in Budapest for Under €50 a Night