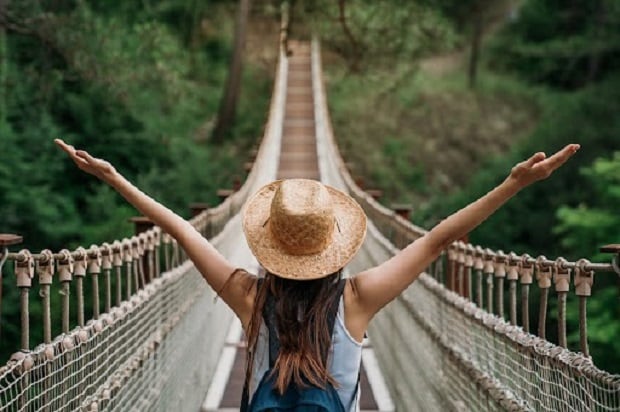 Indians flock to both foreign and local getaways as travel resumes: Airbnb


Indians are planning trips abroad with renewed enthusiasm, and while interest in traditionally popular destinations remains high, they are also expanding their travel horizons and looking to explore new getaways abroad, according to data. from Airbnb.

New data from Airbnb reveals long-haul favorites such as the US, UK and cities in Europe are ranking high in overseas guest searches, London, Dubai, Paris, Toronto and New York ranking among the most searched overseas cities for Indians in Q3 2022.

Amanpreet Bajaj, Airbnb’s Managing Director for India, Southeast Asia, Hong Kong and Taiwan, said, “As travel resumes around the world, Airbnb is seeing renewed interest among travelers Indians to venture abroad and explore local destinations. This growing appetite for travel is a positive sign as the recovery in tourism gathers pace.”

When traveling, Indian customers are looking for amenities that facilitate flexible and new ways of traveling and living, with swimming pools, wifi, kitchens, air conditioning and washing machines all making up the top five filters ( searches done in Q3 2022 for December 18, 2022 to January 2, 2023 arrival dates).

This winter, customers will continue to visit destinations near and far, in search of sun, sand and water. The five most booked categories by Indians this winter are Tropical, National Parks, Pool, Beach and Iconic Cities.

The most searched domestic destinations by Indian travelers on Airbnb this third quarter:

The North East region has proven to be a trending destination. Airbnbs search data shows an increase of over 450% in searches for staycations in Meghalaya, over 400% for Assam and nearly 300% for Nagaland from Q3 2021 to Q3 2022.


Globally, the top overseas destinations searched for by Indians on Airbnb this third quarter were:

The most searched destinations in Asia Pacific by Indians on Airbnb this third quarter were:

The most searched overseas cities by Indians on Airbnb this third quarter include:


Nationwide, the top domestic destinations for Indians this third quarter of 2022 continue to be: