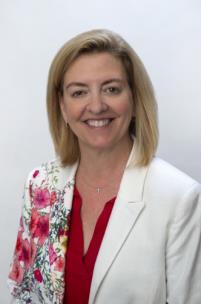 Janelle Reilly, Market CEO at CHI Memorial in Chattanooga, was named Chair of the THA Board of Directors at the association’s recent annual meeting. She joined the healthcare system in 2016 as president and chief operating officer before being promoted to her current position in 2019.

During the annual meeting, Ms. Reilly was also named the recipient of the AHA Most Valuable PAC Player Award. The AHA PAC Most Valuable Player Award is given to those who understand the value of a robust PAC by taking leadership roles in developing strong PAC foundations in their organizations and working to strengthen their relationships. with legislators.

THA has announced Tim Adams, President and CEO of Ascension Saint Thomas in Nashville, as Chairman-Elect of the Board. He joined Ascension in 2018 and chairs Saint Thomas Health’s nine hospital locations in Middle Tennessee, in addition to a network of medical practices, joint ventures and community partnerships.

Jason Little, president and CEO of Baptist Memorial Health Care Corporation in Memphis, is now past president after serving as chairman of the 2021-2022 THA board.

The new or re-elected board representatives are:

• Joe Landsman, president and CEO of the University of Tennessee Medical Center in Knoxville;

• Rogers Anderson, a board member at Williamson Medical Center in Franklin, was re-elected as the ex-officio hospital governance representative.

• Reginald Coopwood, MD, president and CEO of Regional One Health and Paul Korth, CEO of Cookeville Regional Medical Center will serve as delegates from the American Hospital Association.

A full list of THA board members is available at https://tha.com/about/board/.

October 4, 2022 The aftermath of Hurricane Ian in Florida