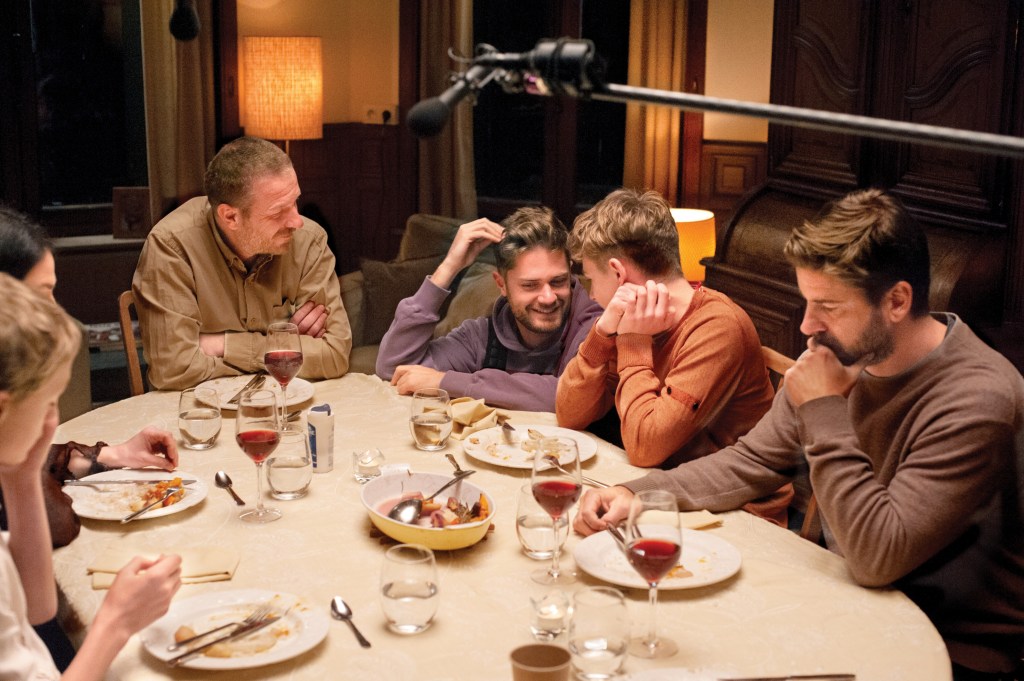 Lukas Dhont had a spectacular career launch when Daughterhis first film, which premiered in the Un Certain Regard section of Cannes in 2018, won four awards: the Caméra d’Or for best first feature film, the FIPRESCI prize for film critics, the Un Certain Regard trophy for Best Performance for Lead Role Victor Polster and the Queer Palm for Best LGBTQ Film.

Based on a true story of a transgender ballet dancer, it caused controversy with its casting of Polster, a cisgender man, but it was critically acclaimed and commercially successful. It sold worldwide, with Netflix buying it for the US

Now Dhont is back in Cannes with close, which premieres in the festival competition. It is the story of two 13-year-old boys, Léo and Rémi, whose close friendship is turned upside down with the onset of adolescence. The Match Factory handles international sales.

In an extensive interview with THRthe Belgian filmmaker has spoken of ‘second film syndrome’, how a chance meeting gave him one of his stars and why he still takes his mother’s career advice.

What was your reaction when you heard close has been selected for the programming of the Cannes competition?

When I had almost finished the film and felt that I wanted to share it with the world and with the Cannes Film Festival, I suddenly felt really insecure. But when I got the call that we were competing, I started jumping for joy at this little Airbnb I had in Amsterdam. I called my mom immediately and yelled at her. I think she is still deaf in one ear! I feel incredibly lucky.

Has it been difficult to follow the success of Daughter?

It was really difficult. I wanted to find a story that I could tell with the same passion and desire that I spoke with Daughter. I’ve been on YouTube to see a lot of directors talking about the problems they’ve had making their second movie. It really helped. I had a few ideas on paper, but none clicked. I went back to my home town and took a long walk with my mother. I said, “What am I going to do? What am I going to write? She was very direct: ‘It’s clear, you should make films about things that you feel intimately linked. Of course, my mother is always right. I took a piece of paper and wrote a word: friendship. From this word came the desire for me to talk about the close friendship between two boys from 13 years.

As a child, I often denied myself an intimate relationship with another boy, because I feared this relationship. I read the research of an American psychologist who followed a hundred boys aged 13 to 18. At 13, she saw how these boys described their friendships as extremely important to them. Their friends were the people they trusted, shared their secrets with, loved. They weren’t afraid to express the love they felt for their friends. Then she re-interviewed them at 15, 16, 17, and 18. And with many of them, she saw how the masculinity of performance came into play. The intimacy that these boys had between them was interrupted. All of a sudden, the story of my very personal experience seemed to click into something much larger, much more universal. I understood that I wanted to make a film about the impact of friendship. I think a lot of the time in movies we focus on romantic relationships, but for a lot of us friendships define who we are.

How did you initiate your leads? You wanted to cast non-professionals?

I assumed that with two 13-year-old leads, it would be hard to find kids with acting experience. But something strange happened. I had written the very first scenes of this film and I was taking a train from Antwerp to Ghent. In the seat next to me was a young boy who was talking with his friends, you know, about life and so on. Just looking at it, I felt this intuition that the person I was writing about was sitting in front of me. So I asked him if he would be interested in playing. He was very enthusiastic. When we started casting, we invited him and maybe 750 other boys. And he stayed during the casting process. With each step, he impressed us more and more. He has this power to allow us to see his vulnerability. The boy on the train, his name is Eden Dambrine, we chose Leo, the main role.

For the other boy, we went to a lot of theater workshops in Belgium for young people, because I wanted to see how they worked in groups. And I discovered this boy who has an incredible face and incredible energy. He joined the casting process, and when we narrowed down the selection to maybe 20 people, we started combining them in pairs. And this combination – Eden with this boy [Gustav De Waele] was special. They challenged each other, but they were also incredibly kind to each other. You could see how they helped each other, discussed, worked together. That was the power we wanted in the film, because we wanted the boys to share a bond of friendship and in the more emotional scenes to be able to lean on each other.

What was the hardest thing about making the film?

part of our country [Belgium] flooded this summer [in 2021]. It’s a summer movie, and we wanted the feeling of summer. And then half of our country was under water, it was raining a lot. Of course, surprises always arise and you have to accept those surprises. One of the film’s strengths, as with Daughterdid we have professional actors [including Emilie Dequenne and Léa Drucker] work with non-professionals. It’s always powerful because they play against each other; the beauty is to see how non-professionals work. They give gifts to professionals and vice versa.

Is there a scene that stood out to you?

Definitively. I can’t say too much without revealing because it’s a key moment in the film. But it’s a scene in a bus. It was one of those scenes that you know you wrote, but suddenly the actors bring it to life, they bring out the emotion and bring it to life right before your eyes. Everyone on set was in tears.

Daughter deals with transformation and gender identity. Do you see a connection between these themes and this film?

I think, in a way, close is a continuation of the themes of Daughter, but it’s also a really different movie. It is a continuity, but also a rupture. It is true that identity is once again a central theme. Daughter really talked about gender identity and the relationship to the body. Here the themes are much more about friendship, intimacy and responsibility.

There’s a lot more talk these days about male identity, about male intimacy. Do you think things are different for boys growing up now than when you were 13?

I think this question really depends on where you ask it. There are differences, but these subjects, these problems that were there when I was 13, they are still there. We worked with our two boys, and we worked with groups of other children, and I felt how difficult it was for them to discuss these topics. I hope we are in a positive evolution when we talk about masculinity, allowing fragility and vulnerability, allowing men to depend on each other. But I am always bombarded with examples from the other side. The two 13-year-old boys we worked with here are very open and able to express their love for each other. But, like in this study, I’m intrigued to see how they’ll talk and act when they’re 15 and 18. I hope they still speak in the same loving way.

With Daughter, you were criticized by some for choosing a cis man as your trans character. What did you learn from this experience?

Putting Daughter in the world has been an incredible process of understanding and learning about different opinions, different visions. I found it to be an incredibly rich process for me as a person and as a director. One of the biggest realizations was that when it comes to LGBTQ topics or trans topics, there’s so much to discover, so much to learn, so much to see. Because those stories haven’t been given the platform or the space to be explored and discovered.

Do you know what your next story will be?

I’m working on a French project that I’m writing slowly, which excites me. But I always put so much energy to finish close that when we have our last day of mixing, it will be a big release. I may take some time off before returning to the other projects lying on the shelf.

And go for another walk with your mother.

A converted crane on the water in Amsterdam