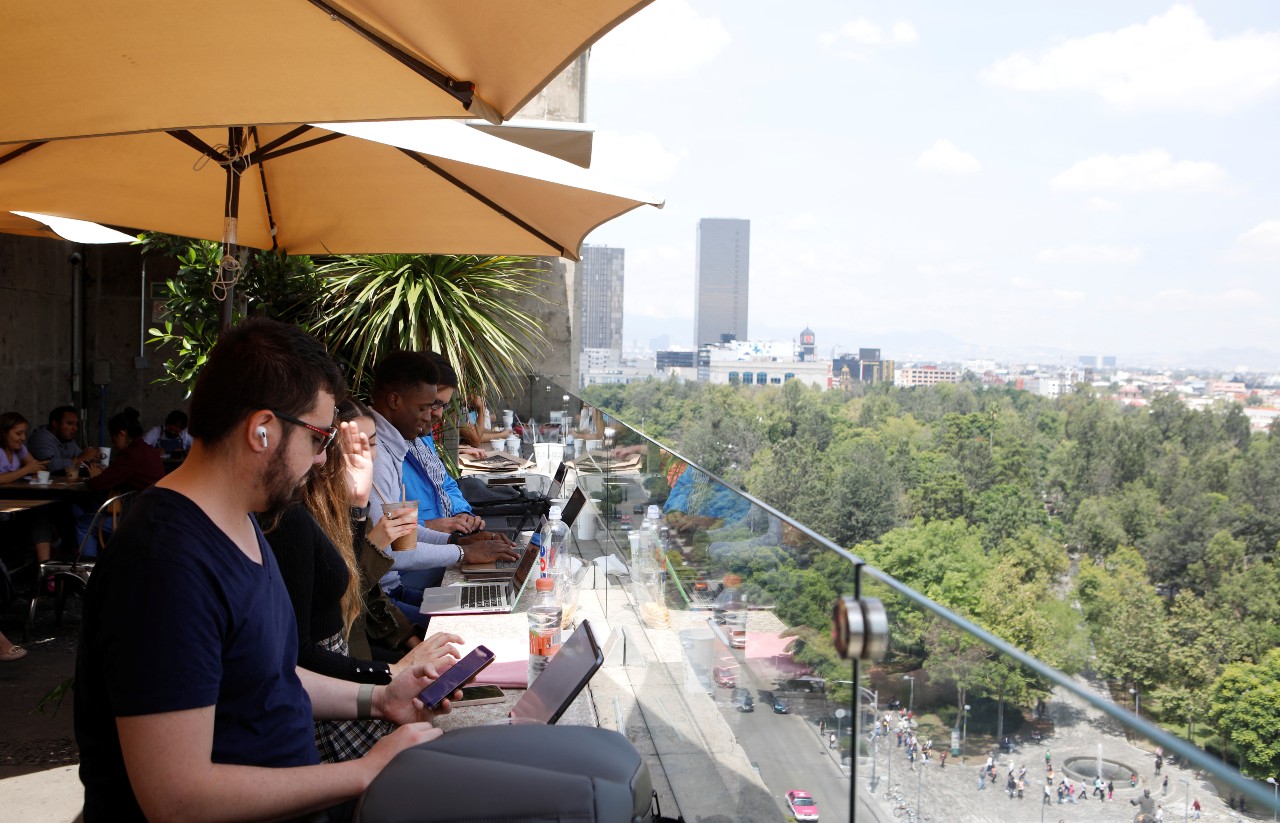 In a trendy Mexico City neighborhood, in a park surrounded by coffeeshops and hipster restaurants, stands a figure dressed in white with praying hands like a Catholic statuette: the so-called patron saint against gentrification.

Sandra Valenzuela, a Mexican activist, created the statue to rally neighbors against what she sees as a growing threat to her community and others in the Mexican capital.

A wave of international visitors mainly from the United States flocked to cafes, parks and Airbnb as they work unconnected to office commutes by the COVID-19 pandemic.

Marko Ayling, a writer and content creator who lives in Mexico City, strolled through the coveted Condesa neighborhood, where “For Rent” advertisements alternate with signs of chic cafes and plant-based restaurants.

“There’s obviously a lot of upside if you can earn in dollars and spend in pesos,” said San Diego native Ayling. “You’re essentially tripling your income.”

But housing activists and some researchers say the influx of digital nomads is exacerbating inflation and turning neighborhoods into exclusive expat bubbles, in a city notorious for its stark divisions between rich and poor.

Residents of upscale neighborhoods like Condesa and Roma complain that longtime residents are being evicted as homeowners increasingly choose to rent out their homes through short-term rental platforms like AirBnb, where they can earn 25,000 pesos Mexican ($1,261) per month, said Rafael Guarneros, president of a Condesa neighborhood association.

Average daily rates for short-term rentals in Mexico City jumped 27% to $93 in August 2022, compared to August 2019, according to data from AirDNA. The Mexican government stopped publishing average rental prices in 2018, but a study by real estate site Lamudi found that Mexico City rents fell slightly between December 2020 and December 2021. However, there has been little research on this. topic since the wave of remote work.

One August afternoon, Juan Coronado slipped into a leafy restaurant stand before opening his laptop to work while he dined.

Coronado, an architect and interior designer who lives between Los Angeles and Mexico City, said he understands locals hold a grudge.

“I don’t live for free, I help the economy,” he said. “But for them…my presence here doesn’t help the fact that the rents are going up.”

Although landlords in Mexico City can only increase rents by 10% per year under the law, the rules are rarely enforced. The short-term rental market has no such restriction.

“There is no way for people to sleep peacefully,” said Quetzal Castro, a resident of Condesa, which she says has become a center of raucous nightlife, prompting her friends to leave.

Digital nomads — as people who travel while working remotely are called — have a different impact on the local economy than traditional visitors, said David Wachsmuth, a professor at McGill University who studies gentrification.

More likely to settle in residential neighborhoods, they spend on local businesses, Wachsmuth said, but also create demand for services with little benefit for long-term residents: “Grocery stores are turning into restaurants.”

As digital nomads enjoy a lifestyle beyond the reach of most workers in Mexico City, who earn 53 Mexican pesos ($2.67) per hour on average, Ayling from San Diego pointed to the love of foreigners for the capital.

“It’s not just the narcos and the violence and the poverty,” Ayling said. “There are beautiful sides to this country and they celebrate that too.”

Airbnb can ban you for having a criminal record. This counselor from Pennsylvania found out the hard way.

‘The Woman King’ is battling to become number one – but there’s a backlash! | LOOK