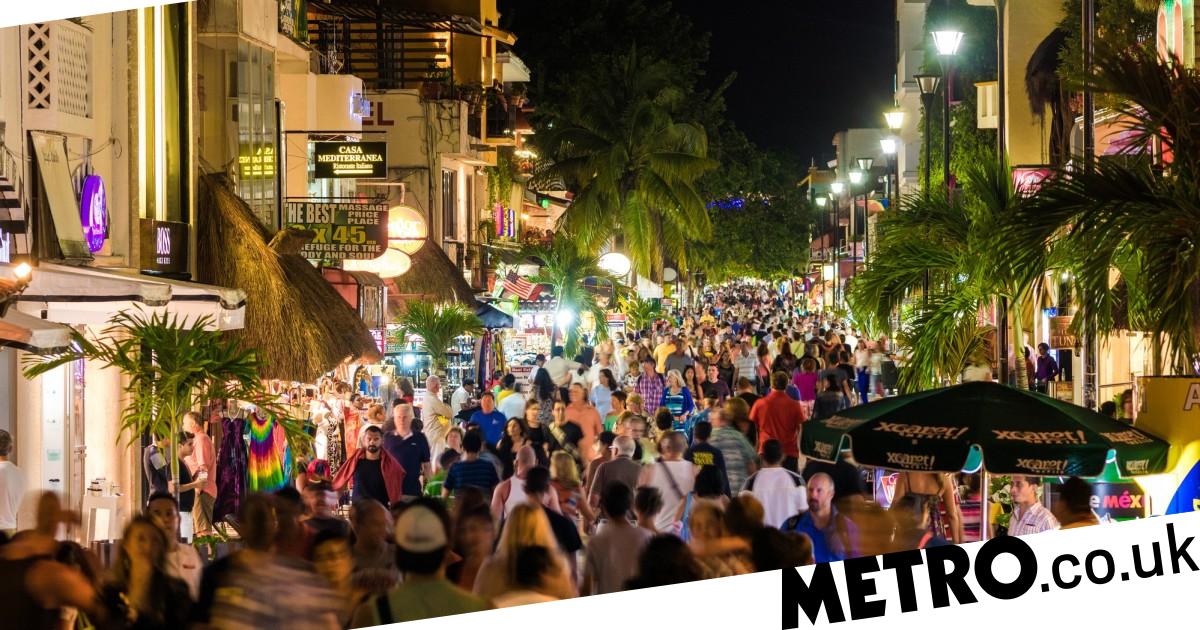 A teenage tourist died of an allergic reaction to a Mexican burrito last year, a coroner has concluded.

Joe Dobson reportedly repeatedly told restaurant staff in English and Spanish that he was allergic to sesame and would die if he ate it, but once he reacted they were hesitant to call an ambulance .

The 19-year-old sent his meal back and again warned he couldn’t eat sesame – but after a few bites he realized the food contained it.

He didn’t have his Epi-Pen with him in Playa del Carmen on November 1 – but despite rushing back to their AirBnB and using it, he fell unconscious and later died in hospital.

Joe, from London, had been out at a fusion restaurant they had previously visited in the seaside resort with friends, South London Coroner’s Court heard this week.

In a statement read by Coroner Mark Taylor, Joe’s friend Harriet Preston explained: ‘We decided to eat at a fusion restaurant where they had been before.

‘Joe ordered a vegetarian burrito and said no sesame and used the Spanish word.

“After the order, there was communication between them to make sure there were no sesame seeds in his meal.

“When the food arrived it was sent back because Joe thought it had sesame in it.”

She added that Joe had tried to tell the restaurant staff in basic English that if he ate sesame he would die.

Harriet continued: ‘Joe’s meal arrived again and I saw him put his flashlight on it. He took two bites and said no, that’s it.

“He went to the bar staff, they were in denial. He could feel it in his throat.

“He said he needed an ambulance, but the staff were reluctant.”

A second friend, called Ryan, who was also there at night, confirmed that Joe made his allergies clear to staff, who offered him a honey lemon drink following the reaction.

Ryan recalled that when the situation worsened on the way back to their accommodation, Joe lost consciousness and fell near the elevator.

As his friends grew more and more desperate, a police car finally took him to the hospital but it was too late to save him.

Ryan told the court on Wednesday: ‘He sent it (the burrito) back but it didn’t look any different. He repeated his allergies several times.

“He took one to three bites, he felt something was wrong. He let the group know.

“He didn’t have his EpiPen on him. He was getting more insistent in his demands (and) had the honey drink.

Ryan continued: “He went to the apartment to get his EpiPen.

“He ran towards the taxi and the driver was very relaxed, walking slowly towards the door. He didn’t understand gravity at all.

“It got worse the moment we got to the apartment. Joe went straight to the elevators. He fell.

Coroner Mr Taylor said Joe’s death ‘should not have happened’, adding that the young man had done everything ‘reasonably he could’ to warn the restaurant.

He said: ‘It looks like there was a gap of 10-15 minutes before the pen could be used. I have no evidence to tell me if it would have made a difference in terms of the outcome.

“I suspect there are quite a few factors to consider, the amount of sesame and absorption factors.

“It seems very clear to me that Joe did everything he reasonably could have done to warn the restaurant not to serve him food containing sesame and even checked himself out.

“The staff did not treat our situation as it was. There was no first aid or basic knowledge.

Joe became increasingly unable to breathe, and doctors at the local hospital were unable to resuscitate him. He died that night.

Mr Taylor added: ‘Staff told him to drink honey lemon liquid and he did it to shut them up, it seems.

“And it’s very clear to me that it was the sesame seeds in the food served by the restaurant that caused the allergic reaction.

“Joe acted unintentionally by eating the sesame food that caused the fatal reaction.

“That shouldn’t have happened.”

You have a story? Contact our press team by emailing us at [email protected] Or you can submit your videos and photos here.

For more stories like this, check out our news.

MORE: A mother with a severe dairy allergy died after eating a ‘vegan’ Pret wrap

This tiny apartment barely has a living space