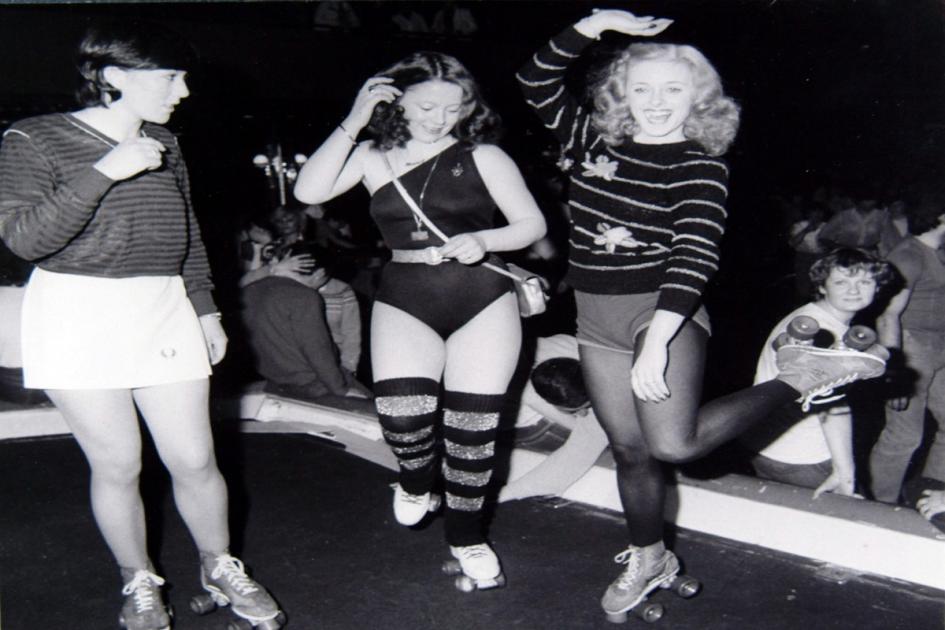 Remembering when Glasgow had over 40 roller skating rings

At one time, there were over 40 roller rinks in the city.

As we’ve previously reported, a new film Skate the City is premiering by the Glasgow Building Preservation Trust at the Barrowland Ballroom on September 2 and here at Times Past we thought that was excuse enough to go through our archive. in search of roller-skating souvenirs.

The roller skate has its origins in the theater world where it was developed in the late 1700s to simulate skating on stage during musical and theatrical performances.

Since then, skate crazes have periodically swept the nation, and Glasgow has often been at the heart of it.

These fads were inspired by broader social factors such as sports and recreational activities becoming more accessible to women in the early 1900s. While ice rinks became safe spaces where women could congregate with less formality and surveillance.

READ MORE: From having a Wimpy to a pizza at Dino’s: things you could do in Glasgow

Glasgow’s famous ice rinks included the Zoo Rink on New City Road, the American Roller Rink (which opened in 1909) on Victoria Road, The Locarno (1929) on Sauchiehall Street and Fantasia at Barrowland Ballroom (1981), opened by the Lord Provost (on skates, of course).

Learning to use heavy, old-fashioned roller skates was no small feat – made from metal and attached to your normal shoes with leather straps, these old-fashioned skates even needed a key to lengthen or shorten them to fit.

The ice rink in Kelvingrove Park was a favorite spot for couples dating, although you had to be sure of your balance if you didn’t want to end up on your buttocks in front of someone you were trying to impress…

When we posted a photo of the rink recently, reader Rosaleen Healy contacted us to say that when she was 14 she used to skate at Kelvingrove.

“We rented our metal skates, the BBC show Bargain Hunt produced an exact pair this morning,” the 83-year-old told us. “That’s where I met my first boyfriend. I feel sorry for the young people of today who don’t have the cheap and cheerful fun we had.”

There were even waitresses on roller skates at the 51st State American restaurant on Sauchiehall Street (pictured here is the very first woman to be employed in that role, Monica Hardie, in the late 70s.)

Tiffany’s nightclub also had a roller skating rink – in 1981 manager John Stewart put on his skates to help publicize the place, although he didn’t seem entirely comfortable dealing with the situation.

Rena MacLean from Cowcaddens remembers skating at Tiffany’s with her school friends.

“I used to ice skate in Crossmyloof and I thought I would be pretty good at it, but it took me a while to get used to it,” she laughs.

“It was a great night, and the music was still amazing. In the 80s it was all about leggings and big hair, so we thought we were like something out of Fame, that was awesome.”

Some readers may remember the roller disco inside the F&F Palace of Dance on Dumbarton Road.

This site was originally occupied by the Star Palace cinema, which opened in 1910 and closed in 1925. It was acquired by entertainment entrepreneurs Fyfe & Fyfe who turned it into a roller skating rink and a combined dance hall. In the 1960s, it was transformed into a bingo hall.

Skate the City, the culmination of GBPT’s My Historic Neighborhood project, a National Lottery-funded initiative that discovers and celebrates heritage at the doorsteps of communities around Glasgow, is from 7:00 p.m. to 9:00 p.m. on September 2. Tickets are free, available via the Glasgow Doors Open Days Festival website, but booking is essential.

Who remembers roller-skating at Tiffany’s, or Kelvingrove Park, or one of the city’s incredible skating rinks?