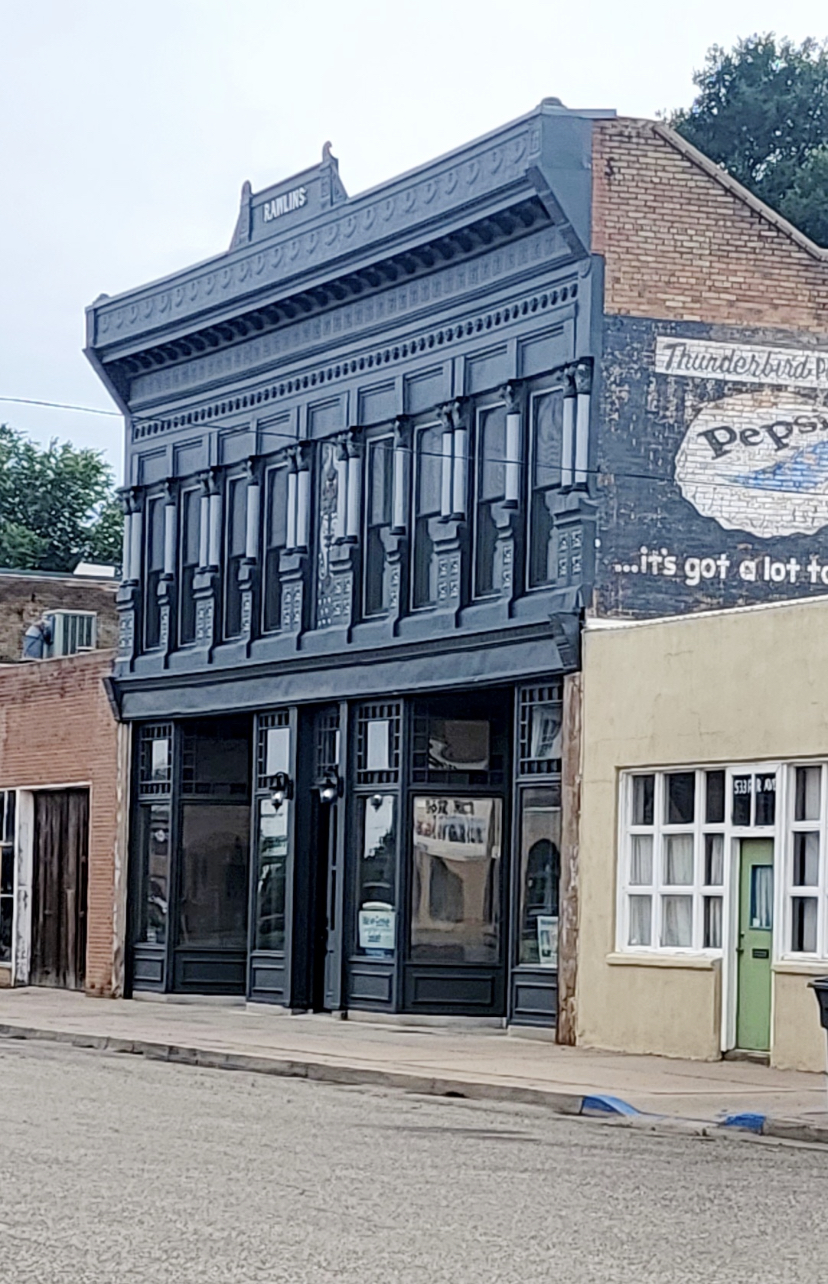 LAS VEGAS, NM (KRQE) — A Las Vegas man has restored a historic New Mexican building dating back to the 1800s. A lengthy job, slowed down by the pandemic, is nearing completion.

Back then, before the Railroad District was closed, the Rawlins building was an important part of a bustling downtown area. Now Thomas Clayton wants to bring back the dynamism by repairing the building.

“As a little boy, I remember playing in this building,” said Thomas Clayton, co-owner of the Rawlins Building.

Thomas Clayton has ties to the Rawlins building located in the once thriving railroad district of Las Vegas, New Mexico. Clayton and his wife began buying the building in 2015 in hopes of making downtown prosper again.

“I grew up in this neighborhood. I grew up on Railroad Avenue. I remember when I was a kid there was so much going on and we wanted to give back,” Clayton said.

Rawlins House was built in 1898 by William W. Rawlins. It was a booming place for the Harvey Girls who worked across the street at the Castaneda Hotel.

“We wanted to give back. We wanted to save the building. It was close to negligent demolition,” Clayton said.

Clayton teamed up with a local contractor to work on the project. He said it took over 6 years to fix.

“We had to start at the top. In fact, we had to start with the roof. Which was rather interesting. Usually when you do construction, you start from the foundation and go up. This particular case, we started from the roof,” Clayton said.

From the repair of the exterior wall to the installation of new ironwork and high beams; fixer is almost done.

“We kept the floor plan as the same to honor the historic nature of the building,” Clayton said.

“It’s a way to honor the young girls, to honor their families, and to keep the connection to history,” Clayton said.

They are having an open house on Saturday, September 10 from noon to 5 p.m. Clayton said one of the 2-bedroom apartments was already rented to someone.

Las Vegas recently received a grant to repair its railroad district to beautify the area. Although the Rawlins Building is considered a historic site, it was entirely self-funded and cost nearly $1 million.