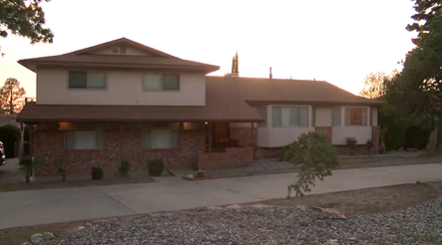 Reservations are filling up fast at Albuquerque ‘Stranger Things’ Airbnb

ALBUQUERQUE, New Mexico (KRQE) — In the hit Netflix show Stranger Things, the Byers family moved to a new house in season 4. In real life, the Asher family owns the house, which is actually in Albuquerque. It is located near Montgomery and the trolley.

“The house is really fun; we left it as much as possible like the movie,” said Ryan and Karen Asher.

They were looking for a new home when they came across the house, not knowing its history. After doing some research, they realized the house could be a potential business opportunity. They could turn the house into a Airbnbhoping it would attract fans of the series.

“When we initially looked at it, it was a win-win. If no one was interested at all, we could move into whatever house we liked. If everyone liked it, then we could share the house and all the fun that goes with it,” Ryan said, “Now we’re big Stranger Things fans, and we know all about it.

The house was listed on Airbnb in March this year and has been a huge hit ever since. “We’ve been rented almost every weekend since then,” Karen said. A family from the Czech Republic traveled to Albuquerque to spend a weekend at the familiar home. “Florida, California, everywhere, pretty much, you name it. People have come here to see it before,” Ryan said.

The Asher family replicated the house inside just like in the series. They added modern touches but kept the flavors of the 80s. They say it’s more than just a stay, it’s an experience.

“We had fun looking for things that matched the movie exactly, and so, we put these Easter eggs all over the house. We have photos for people to say, oh yeah, let’s re-enact that scene,” Ryan said.

The show put Albuquerque on the map. From Stranger Things Airbnb to roller skating rink this has seen an increase in business since the show aired. The Asher family is happy to be part of the local economic momentum and hope to maintain it for years to come.

“As long as people are excited about Stranger Things and come to book for it, we will continue to open it as a kind of Stranger Things-themed house. If the excitement ever wears off, we’ll move in here and live happily ever after.

An oddly shaped house in Massachusetts has a definite Andy Warhol influence. Looked