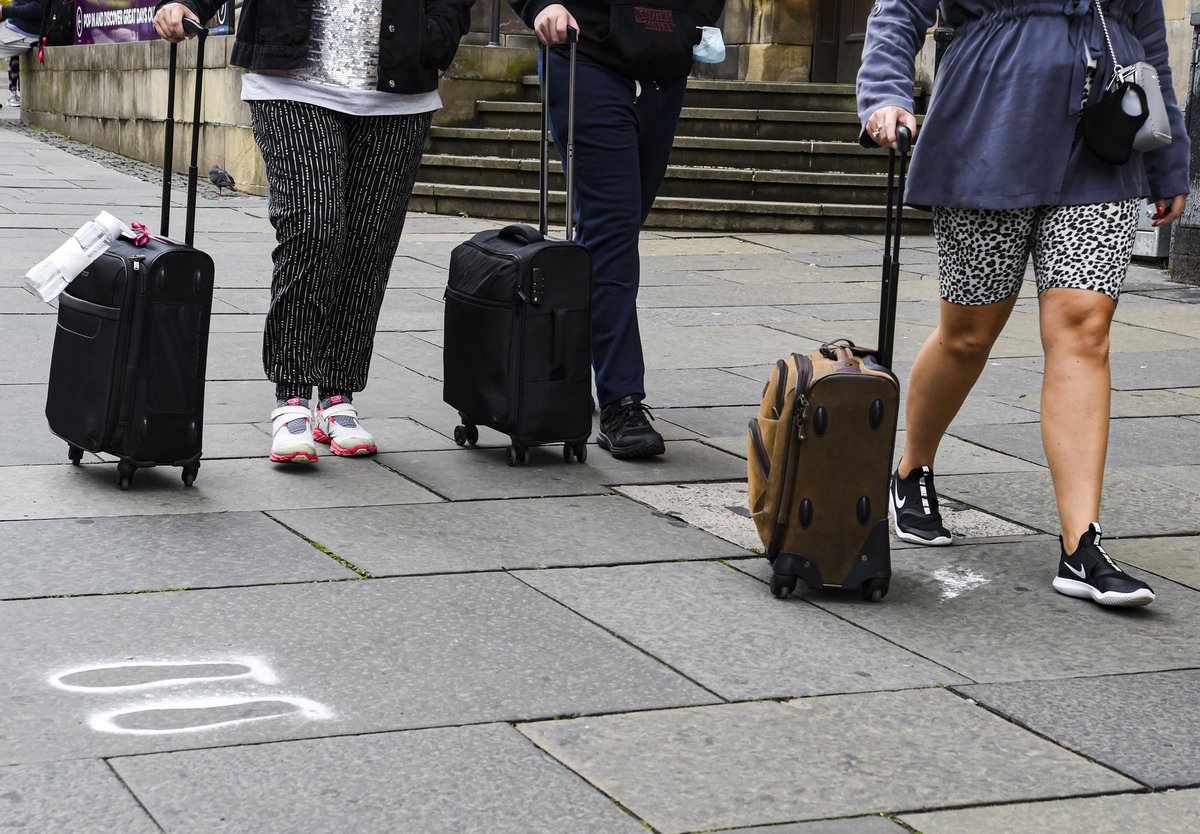 The crackdown on Airbnb in Edinburgh is set to intensify thanks to planned new policies that would introduce a ‘de facto ban’ on short-term rentals.

A series of policies designed to eliminate the Capital controversial vacation rentals and the return of thousands of properties to residential use are already in effect. And the crackdown will get even tougher under the city’s new 10-year development plan, which contains guidelines that would effectively allow the council to deny any short-term rentals anywhere in the city.

Short-term rental (STL) owners – who have already been told to apply building permit and one Licence to operate – reacted furiously to the changes, with reports that around 50 angry landlords turned up at a recent council briefing and claimed Edinburgh’s tourism industry would ‘collapse’ without them .

But housing campaigners hailed the new measures as a “step in the right direction for Edinburgh tenants”. And the city’s housing officer, Jane Meagher, argued that Edinburgh needed properties”back as homesrather than “mismanaged vacation rentals.”

She urged people with second homes to consider renting from the local authority for use as temporary accommodation, which she said would give owners “guaranteed money”.

With around 10,000 STLs, the capital is said to be home to around a third of the whole of Scotland. The rise of sites like Airbnb, which offer tourists greater accommodation freedom and landlords the chance to increase their profits, is seen as a major contributor to the city’s housing crisis.

Earlier this year, Edinburgh became Scotland’s first holiday rental ‘control zone’, requiring any STL that is not the owner’s primary residence to have planning permission in place. However, this does not apply to those that have been used as visitor accommodation for more than 10 years.

Securing change-of-use permission will also be a key part of the council’s STL licensing program to be launched in April as part of efforts to further regulate the market. So far, planners have received hundreds of requests, mostly for vacation rentals in apartment buildings or other shared door blocks, with a number already turned down due to disruptions often caused to neighbors by parties late and high guest turnover.

However, Edinburgh City map 2030, which sets out the council’s approach to planning and land use planning for the next decade, contains a new policy which will introduce a presumption against any loss of residential accommodation. it states that proposals will be rejected if they “result in the loss of residential accommodation by demolition or change of use”, except in “exceptional circumstances”. Although still under review by the Scottish Government and possibly not coming into effect until 2024, the policy would give planning officers the power to turn down the vast majority of STLs.

She said the holiday rentals represented a £70million boost to the city’s economy and added that the move gave “little consideration” to small businesses that contribute to tourism. “This measure not only threatens livelihoods, but has wider ramifications,” she continued. At a time when concerns have been raised about the future viability of Festivals due to a shortage of accommodation, this measure is perverse and totally wrong.

Meanwhile Mike Williamson of Living Rent Edinburgh said: ‘The advice from council is a welcome step in the right direction for renters in Edinburgh. Now is a real opportunity for council to act in the interests of the city’s residents and take action to reduce Edinburgh’s 10,000 holiday rentals, each of which could and should be a home. Vacation rental owners have had it way too easy for too long, making quick money at the expense of everyone else. Their baseless complaints about what is sensible regulation should be ignored. The council settlement will go some way to having a positive impact on the state of housing in the city.

Members of Living Rent claimed that a group of around 50 disgruntled landlords attended a recent walk-in session which was held as part of a consultation on proposed planning directions which runs until December 22. city” and the tourism industry would “collapse without them”.

Councilor Meagher said: “Edinburgh is a growing city and we face housing pressures like nowhere else in Scotland, with the lowest proportion of social housing in the country and the largest private rental sector and the more expensive. We urgently need to work together as a city and with government to truly tackle homelessness and the housing challenge in Edinburgh. Now, more than ever, Edinburgh needs these properties to become homes again – and we want to work positively with landlords who are ending short-term rentals but are considering longer-term rental arrangements. Overnight, we could create 1,000 more homes for residents who are homeless this winter, if just one in 10 vacation rentals went to Private Sector Leasing (PSL) with the Council. This is a program provided by Link Housing. Landlords who register are protected by a financial guarantee, whether the tenants pay their rent or the property is empty through no fault of their own. Renting with us could significantly help residents of the capital during one of the most financially difficult times on record for UK households.