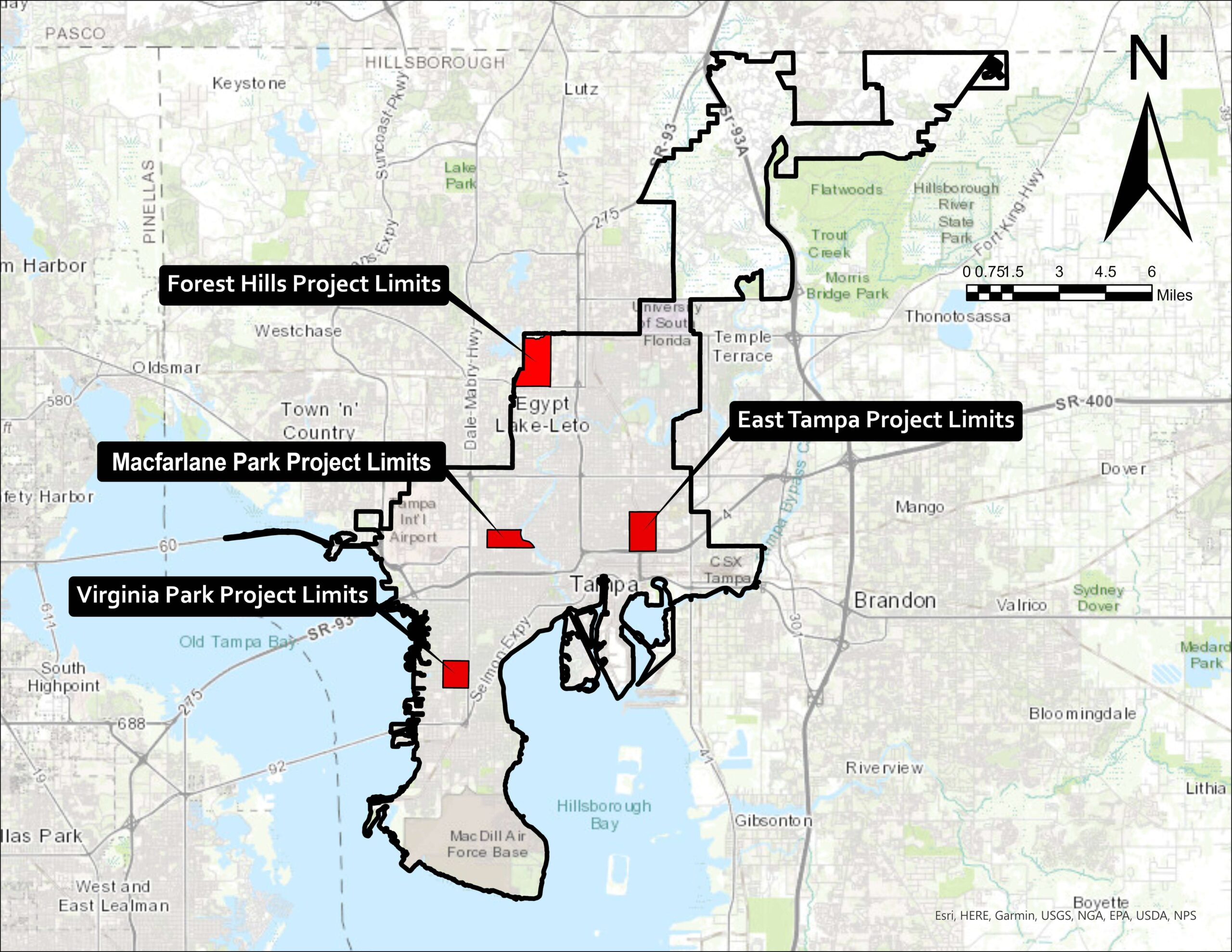 The City of Tampa announced Monday that it has launched a multi-phase program aimed at improving infrastructure in some of the city’s most underserved neighborhoods. Some of this infrastructure is over a century old.

“We’re trying to be pre-emptive in our approach to fixing a lot of these areas before we have to go out in an emergency,” the mayor said. Jeanne Beaver said Monday.

The project will begin with sewage upgrades, followed by work on drinking water mains, stormwater upgrades, and finally street paving. The project is expected to be completed by 2025. Deputy Infrastructure Administrator Brad Baird said the city chose the four neighborhoods after analyzing master plans for water and wastewater, stormwater improvements, and preparing for All for Transportation tax funds that the city can no longer use.

“We put all of these plans together,” Baird said. “It was quite an effort by our chief engineers and their teams to coordinate the neighborhoods that needed it the most.”

Baird said the project is one of 70 in the progressive infrastructure plan to ensure sustainability, or PIPES, program. PIPES is a $2.9 billion plan for large-scale sewer and water infrastructure improvements. This initiative, he said, adds to some of the work identified in PIPES.

“Some of these other PIPES projects will only be water or wastewater,” Baird said. “In this case, we don’t want to tear up the street twice. We coordinate stormwater, transportation, water and wastewater in this project and that was the idea from the beginning.

Baird said city council will vote on funding the $21 million sewage portion of the project in May.

Bonderman’s wild ways forged TPG. It’s up to ‘Winks’ to tame it