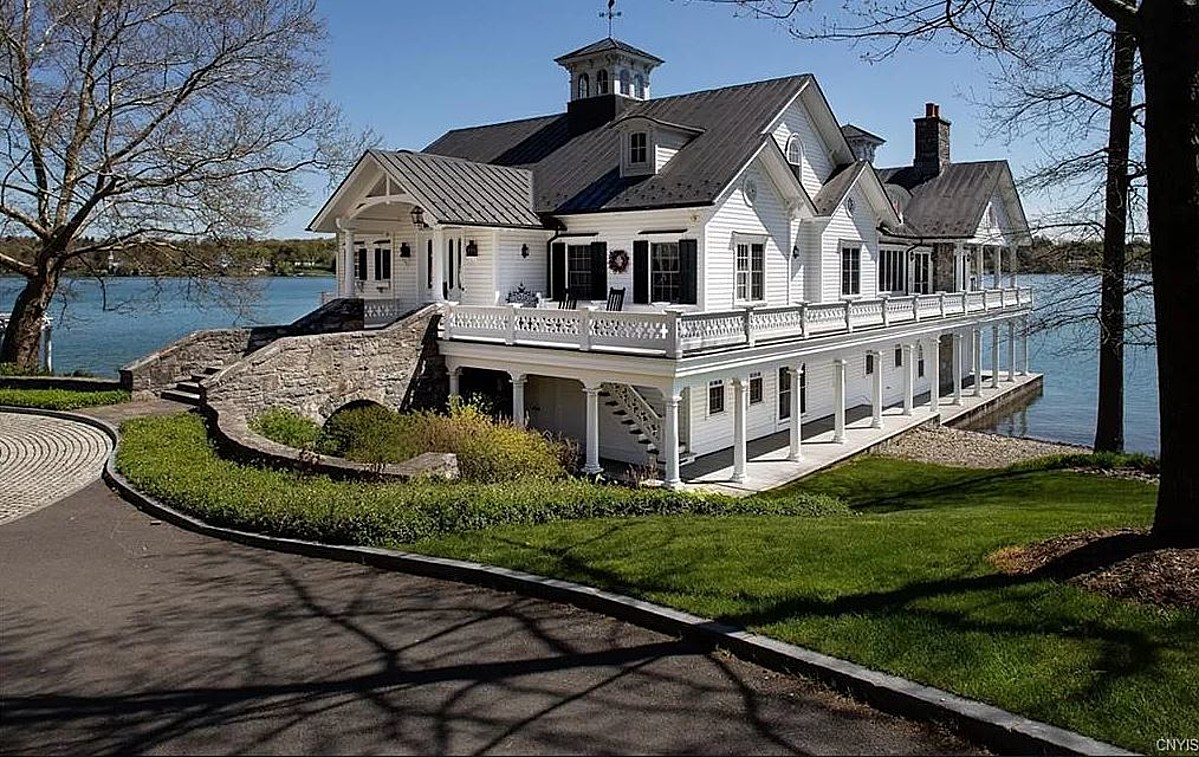 One of my favorite places around the world (not just New York State) is the Finger Lakes region. The views cannot be matched and there are so many wineries and breweries for you to visit.

There are also amazing homes scattered all along the Finge Lakes. Some can be rented as AirBnB, while others house permanent residents.

One of the most amazing homes you’ll see is currently for sale in the Finger Lakes. According to the listing on Zillow, it is located near the shore of Skaneatles Lake, NY, and is listed at $ 15 million!

As it sits on the lake, it also has a boathouse right on the water which feels like a dream come true when it comes to living the lake life.

There’s even a private underground tunnel that runs from the mansion to the two-bedroom guest quarters that are on the same property.

There is a kitchen in the mansion and boathouse and the sleek look of the living areas and bedrooms make this such an amazing property that wows the mind.

The $ 15 million price tag is just a little outside my price range (and most people’s price range), but it never hurts to squeeze in.

Check out some of the photos, courtesy of Zillow.

Enter this $ 15 million mansion in the Finger Lakes

Each beach town has its own set of pros and cons, which got us thinking about what makes a beach town the best to live in. To find out, Stacker took a look at WalletHub data, released on June 17, 2020, which compares US beach towns. Ratings are based on six categories: affordability, weather, safety, economy, education and health, and quality of life. The towns had a population of 10,000 to 150,000, but they had to have at least one local beach listed on TripAdvisor. Read the full methodology here. From these rankings, we have selected the top 50. Readers who live in California and Florida won’t be surprised to learn that many of the cities featured here are in one of these two states.

PEEK INSIDE: Derek Jeter sells his magnificent lakeside castle in the Hudson Valley at a discounted price