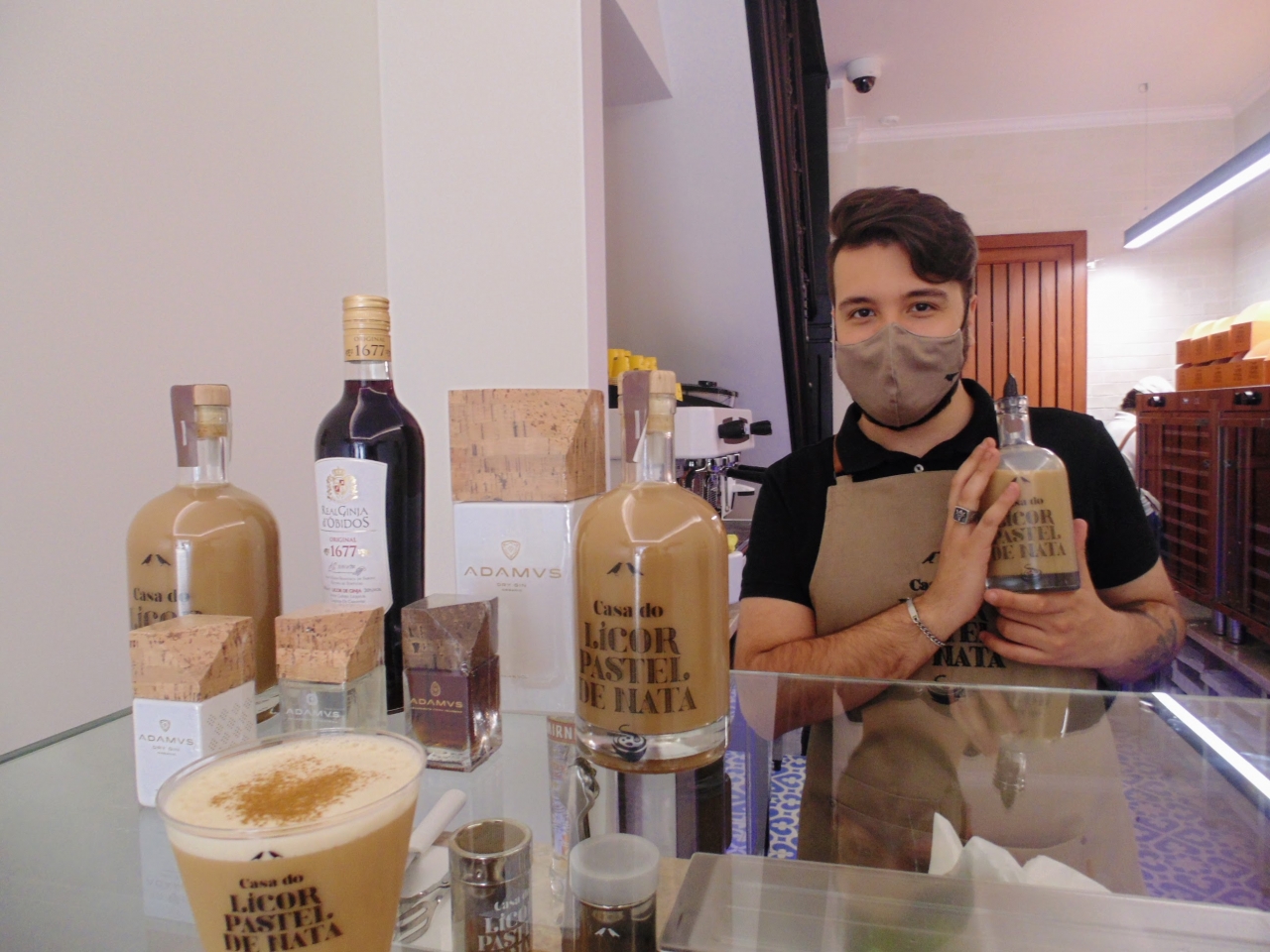 Treat yourself to the best pastéis de nata in Lisbon

Whether you prefer the classic, authentic Portuguese custard tarts recipe or want to try a different version of pastry, Lisbon has enough different versions of pastéis de nata to appeal to all taste buds. Here is a selection of our favorites.

Follow the flaky crumbs scattered around the city and you can be sure to find me at one of the capital’s bakeries, sipping my duplo coffee and munching on a pastel de nata. Now normally I don’t have a sweet tooth, but I will make an exception for the famous Portuguese mini egg custard tarts. Being the daughter of a French baker, I can be very picky when it comes to desserts and pastries. Even though I have to admit, there is no such thing as a pastel de nata. Like almost all Portuguese pastries, pastéis de nata have a flaky but crispy crust and are filled with the creamiest custard you’ve ever had. Now heat it up, add some cinnamon sprinkled on top and you will find yourself licking the crumbs off your napkin. Not very Covid-friendly, I agree, but it’s totally worth it.

This one is for all purists who thirst for the real. You can walk into any bakery in town and eat a good pastel de nata. But you’re reading this because you want the best custard tart in Lisbon, not a regular pastry. Any baker here will tell you that their crispy creamy pies are the best, but everyone knows that Belém’s pastelaria is where it all began. This bakery sells the original and secret recipe of the most famous Portuguese candy. It is located next to the Hieronymites Monastery where, according to local legend, the first pies were baked by monks, trying to survive after the liberal revolution of 1820 which closed all convents and monasteries in 1834. The recipe remained the same since 1837 and attracts a lot of tourists, so if you want to skip the long lines for a treat you’ll devour in 30 seconds, I’ve got you covered.

Ask a Lisboeta where you can find the best place to eat a pastel de nata, and if they don’t tell you to go to Belém, they will probably advise you to go to Manteigaria. Some even say that their recipe is better than Belém’s. The debate rages on, but you can be sure that it is approved by the locals since it is easy to spot them with a small Manteigaria bag full of small take-out boxes of pastéis de nata. Their pastelaria in the city center are also their factory. You can see the busy workers baking the little pies you are about to eat at their store in Chiado, their stall in the Time Out market, or their store in Rua dos Cléngos from Monday to Sunday, 8 a.m. to 8 p.m. You can also go to Rua Augusta, where the Manteigaria store is open from 9 a.m. to 8 p.m., Monday to Sunday.

I may be a tiny little woman, but my appetite is equivalent to that of a giant. Therefore, the only criticism I have against pastéis de nata is that they are way too small. So if you’re like me, head over to Pato Real to try the much bigger version of the custard tarts they call natões. Restaurant / pastelaria Pato Real is best known for its oversized pastéis which are priced at just 80 cents! They are located between the Faculty of Social and Human Sciences and the Calouste Gulbenkian Foundation.

Want to show off your pastry skills or just learn how to make pastéis de nata at home? Meet at the Batanha pastelaria where they offer workshops every day, between 5 p.m. and 7 p.m. for groups of ten people. Whether you are a beginner baker or the next Julia Child, all skill levels are welcome. After all, there is nothing better than that feeling of eating something that you have so proudly made yourself. Step into Jõao’s Kitchen, where the fifth generation baker will teach you how to prepare the third best pastel de nata in Lisbon, using the same family recipe handed down for four generations. The workshops are given in English, Spanish, French and Portuguese. You can reserve your place in the next workshop by sending an email to [email protected] or via Airbnb Experiences. At the end of the day, savor the results of your hard work with a coffee, tea or cherry ginjinha liqueur and a chat with the baker.

Pastelaria Batalha also offers vegan pastéis de nata, but if you want to be completely sure that your pastry hasn’t been exposed to non-vegan products, you should try VeganNata. It is the first brand to make the vegan version of the traditional candy, which is also certified by V-Label Portugal and bears the seal of the European Vegetarian Union. Bonus point! The store located Rua Quatro de Infantry 29D, has only biodegradable utensils and cups so you can eat your vegan pastel de nata and sip your bica knowing that you are not harming the environment or animals. You can also find the vegan brand in the historic café A Carioca in Chiado.

If you want to make your way through the city without feeling guilty about all the calories you’ve just put in your body, head to the Cais do Sodré neighborhood. There you will find the Zarzuela bakery which offers its traditional Portuguese pastries, all gluten-free, dairy-free and sugar-free! It hardly sounds Portuguese anymore when you take out all those ingredients… but it tastes like the real deal. The bakery is also certified by the Portuguese Celiac Association (APC), a non-profit organization that provides services and support to victims of celiac disease.

What happens when you mix a traditional Portuguese breakfast – which is pastel de nata and coffee – with vodka and ice cream in a shaker? You get a delight in a cup (with a little cinnamon sprinkled on top). You may be familiar with the famous egg custard tart, but if you want to take it to the next level, head to the recently opened Casa do Licor Pastel de Nata in the Bairro Alto district. Creamy and sweet (but not too sweet), their liquor resembles Bailey’s with a hint of custard. Once you walk into the Largo do Calhariz store, I recommend you ask Paulo, who has been a bartender / mixologist for seven years, to make you his signature cocktail made with pastel de nata licor. It might seem odd at first – but trust me – it’s surprisingly tasty and affordable, with cocktails ranging from 6 to 7 euros, and the entire bottle of alcohol costs 18.90 €.