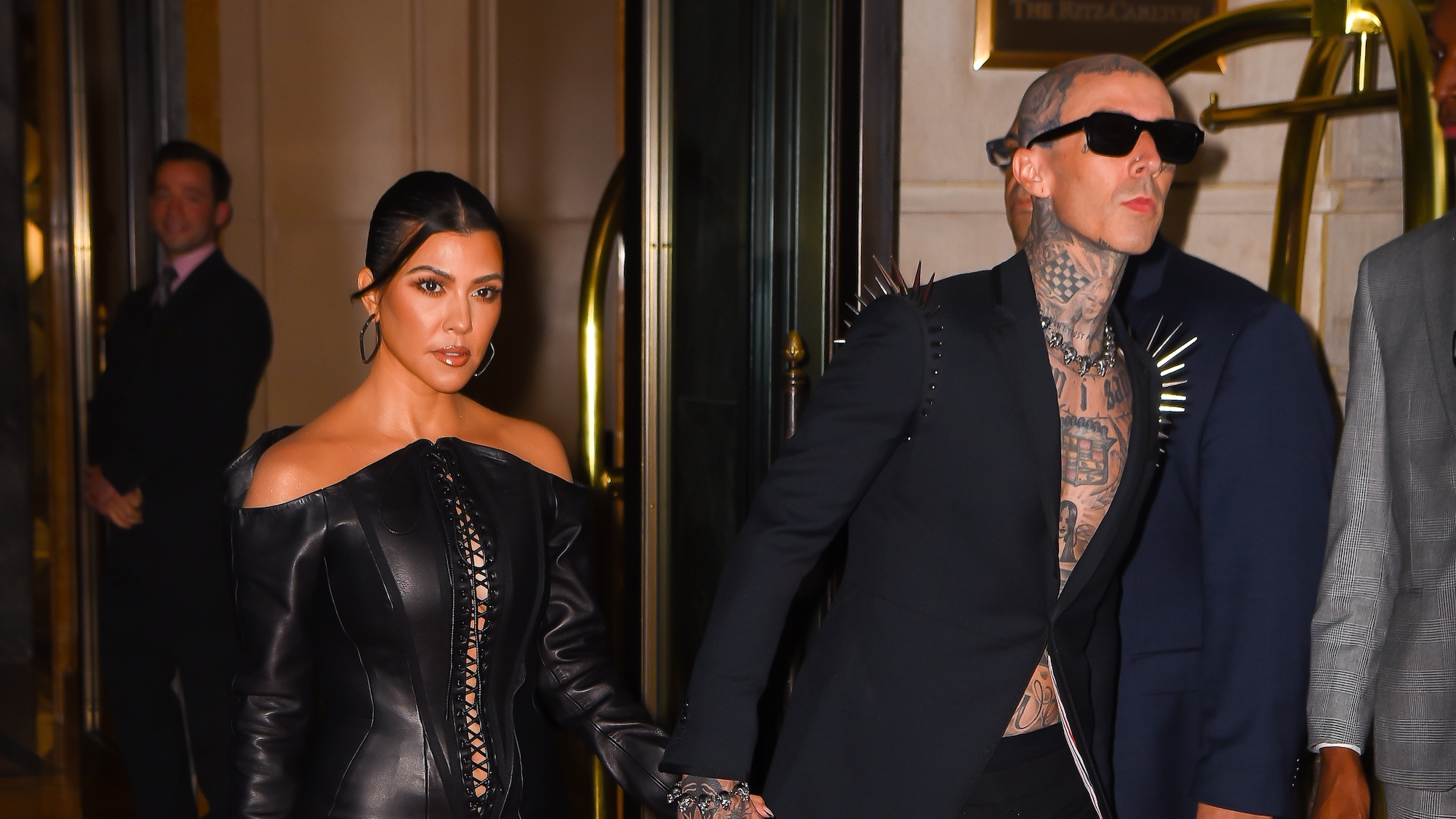 When Scott Disick reacted childishly to Kourtney Kardashian kissing her boyfriend Travis Barker on a boat in Italy recently, one can only imagine that the owner of Poosh had a reaction. your life and your soul ”(an answer usually reserved for mother Kris Jenner).

Cut to today and Kardashian and Barker walk the red carpet at the MTV Video Music Awards in Brooklyn – while Disick may be healing a broken heart in Calabasas after breaking up with his girlfriend Amelia Hamlin.

The star couple – who roamed the streets of Italy for the recent hailstorm at a Dolce & Gabbana show – were dressed in the rockstar code: leather and studs. In an off-the-shoulder lace-up mini, Kardashian is propping up Barker and her studded shoulders as she will perform her new song “Papercuts” with Machine Gun Kelly tonight. (PS. The AirBnb table has called and she approves of Megan Fox’s nude Mugler dress at the awards show tonight.)

The couple happily kissed and laughed for the paparazzi.

As a reminder, a private DM from Disick to Kardashian’s ex-boyfriend Younes Bendjima was leaked last week, with the father of Kardashian’s three children making fun of her and the make-up session at the Italian from Barker. “Yo does that chick agree!” ??? Broooo, what is this? In the middle of Italy, ”he wrote.

As for Kardashian’s response? “Kourtney is disappointed that he is getting into the drama as they are doing well in co-parenting,” a source said recently. People. “She doesn’t understand why he felt the need to reach out to Younes. She will confront him about it. For now, she continues to enjoy her trip with Travis.

Barker recently reflected on his first flight since surviving a fatal plane crash in 2008. He admitted that Kardashian had helped him through the trauma.

“It’s still something very new to me, but to have something that gives me strength and hope to be able to overcome things that have been so traumatic in my life, that says a lot,” said Barker. Nylon. “She is definitely that to me. I am invincible when I am with her. It’s like I never dreamed, I never even considered flying again.

Ultra-fast, sustainable and accessible: are trains the future of travel?