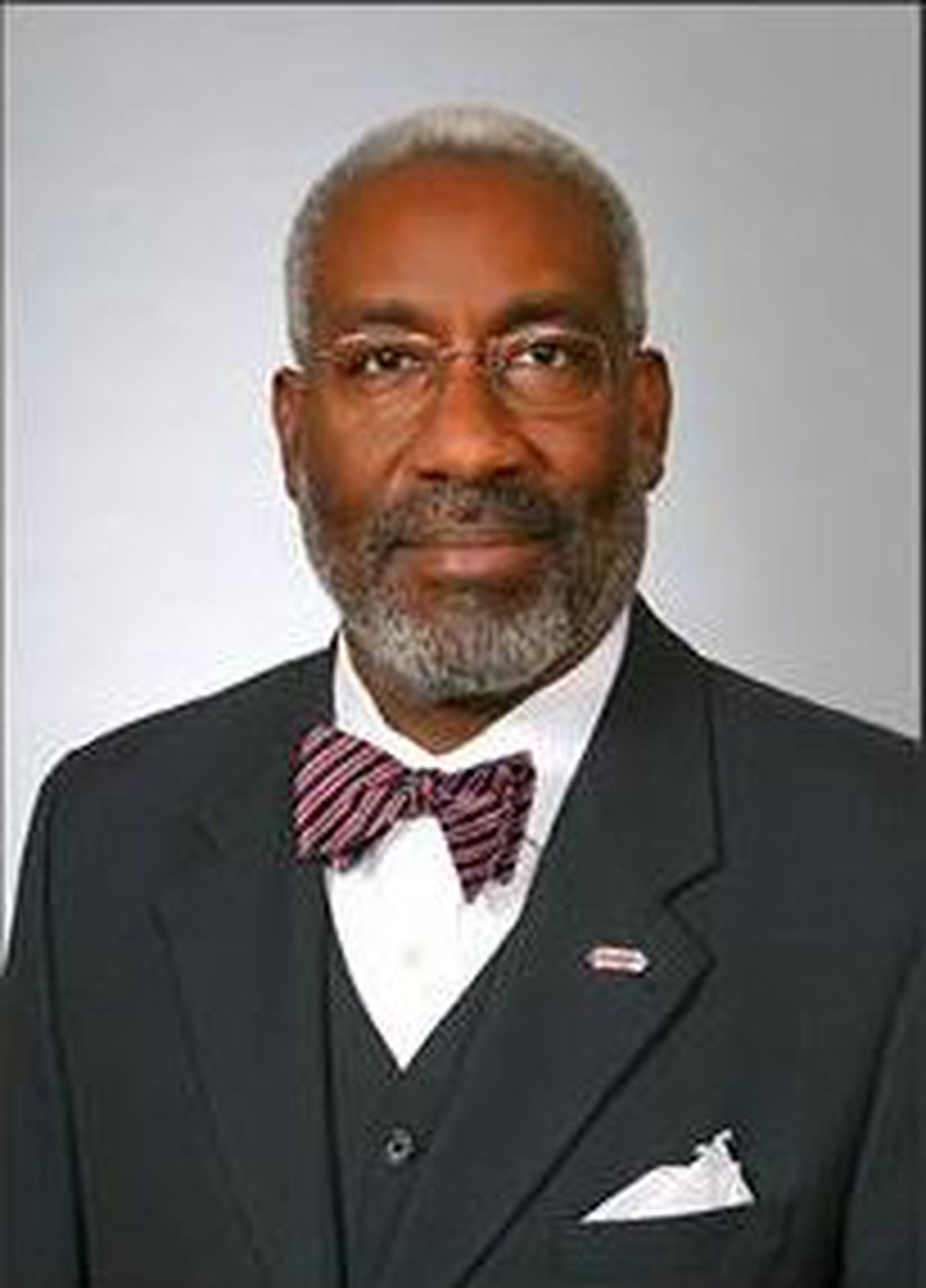 This story is reproduced with permission from The Birmingham Times.

On a recent morning in September, Frank Thomas Martin arrives at Homewood Town Hall to board a MAX Transit bus that will take him to several landmarks in the Birmingham metropolitan area.

He will be making one of his last trips on the region’s public transport system as Executive Director and CEO of the Birmingham-Jefferson County Transit Authority (BJCTA).

Martin’s his term at the head of MAX ends on October 1, when he will be replaced by Charlotte shaw, former Deputy Director of Investment Projects for the City of Birmingham.

The route Martin took is known as “The Magic City Connector,” which he says is a “very, very special route.”

“It connects Homewood town center to the Birmingham-Jefferson County Municipal Complex [BJCC], “he said.” We have been operating this route for several years, and it is probably the route [on which] we have surges of about 20 minutes.

During the hour and 15 minute journey between Homewood and the BJCC, the bus makes numerous stops including Vulcan Trail, Birmingham City Hall, historic Morris Avenue, and the University of Alabama Birmingham ( UAB). Martin sits comfortably in front of the bus, wearing a colorful bow tie with pink, green and yellow polka dots, reflecting his tenure as CEO.

Martin, 71, said he wants the agency’s next leaders to build on some of the initiatives he has underway.

“I want what I call BJCTA to become ‘the mobility manager’ for the region,” he said during the bus ride. “That way you would have public transit, microtransit, scooters, bikes and all of that brought together under one organization… because, at the end of the day, it’s about how to effectively move citizens and residents. of the region in a very efficient manner.

The goal, said Martin, is to reduce the number of cars in the area and get people to park their vehicles and take the bus.

“To be able to do that, [the system] should be attractive to casual bikers. If we had a strong commitment to this type of service, we would get more people to use it. “

Martin is excited about the Birmingham Xpress Bus Rapid Transit (BRT) project which will go live in June 2022, just in time for the World Games. It will be “a game changer for the region,” he said.

“I hope that over time the Birmingham Xpress BRT will be just one of the many routes to Birmingham and Jefferson County. It’s the wave of the future. Maybe one day there will also be a rail system or a commuter train system in the area. “

Martin also points out big and small changes during his tenure. “We developed the MAX logo and were able to secure increased funding for the system,” he said. “When you look at the system now, I was asked to come back a second time [his first tour was in July 1980 as [a BJCTA] deputy general manager]and restore public confidence. … We, as a transit agency, can be transparent, honest and direct with all stakeholders, so I hope I have restored credibility in the community.

Martin will be relocating from Birmingham to central Florida, but he plans to stay busy, especially in the transportation and education sector.

“I will continue to provide assistance to a number of companies who wish to use my services to navigate the transit industry,” he said.

Martin grew up and was educated in Nashville, Tennessee, which he says is a “very vibrant community.” In 1974, he graduated from Tennessee State University with a Bachelor of Science in Business Administration and continued his education at Fisk University, where he earned a Masters in Urban and Regional Planning.

Growing up, he noticed a transportation problem that led to a 45-year career. “I got involved in transportation after seeing what had happened in Nashville, with the interstate freeway system going through and really disrupting my community,” Martin recalls. “I was trying to figure out the reasons why Interstate 40, a major interstate system, passed through and disrupted my neighborhood and forced the relocation of about 40% of the residents.

“In North Nashville, Jefferson Street was a popular shopping center that had hair salons, hardware stores, bakeries, shoe stores, flower shops, all with foot traffic. … The interstate highway system crossed and disrupted the whole model, and that was the demise of this commercial hub.

Martin wondered how all of this could happen.

“The state could have chosen a number of other alternatives for the route of the interstate road network, but, as in many urban communities, it traversed the core of the urban core, those areas permanently populated by residents. black, ”he said. noted. “It was all done under the guise of progress, but it was really very devastating for the communities of color, and they did not recover. “

With that in mind, Martin joined the North Central Florida Area Council in 1974 as a transit planner and eventually traveled to Birmingham.

“I arrived in Birmingham in July 1980 as a [a BJCTA] Deputy General Director. I was promoted to general manager in May 1981,… when the system had been shut down for three months, ”he said. “After three months, the system reopened. In order to provide a system that we could operate with our funding,… we actually had to cut 37% of the service. “

Former runners were forced to find alternatives during the shutdown, and only 18,000 of the system’s average 30,000 runners returned when service resumed, he said.

In 1984, Martin left the BJCTA to work as Deputy General Manager of the New Orleans Regional Transportation Authority (RTA) before moving on to other transit-related positions across the country including Florida, Virginia. and California.

“I spent about five years in Silicon Valley and San José, [California], “he said.” When I was there, let’s just say we were operating at warp speed. It was a very entrepreneurial field.… Obviously, being Silicon Valley, we were able to get things done. We had a local community that was very, very supportive of public transportation. ”

In 2018, Martin returned to Magic City to succeed interim manager Christopher Ruffin, who had resigned.

Martin’s main task was to restore public confidence in the system and make the BJCTA a “fiscally sound organization”. He was able to get the system back on track effectively through “strategic planning and relationship rebuilding,” said Myrna J Pittman, BJCTA communications director.

“Martin has built a strong relationship,” she said. “I can say this because I attended a lot of these meetings when he first came here. Martin brought down those walls and he is highly respected because of his knowledge, experience and [his ability to] break some bad trends that were happening in transit.

“We have a very good working relationship with these cities, as well as with the city of Bessemer,” he said. “I think these five cities, in particular, are going to be very critical and are going to be very important to be at the table to take the lead. [BJCTA] where it needs to go. It cannot be a single entity. It must be a collective effort with [all the municipalities], with the county, meeting in conversation.

With the option of free time, the longtime executive said he looks forward to two loves, he said.

“I have a passion for higher education. For the state of Florida, I have served on two very powerful boards of directors. For six years, I served on the Board of Governors, overseeing the entire Florida State University system and the board of trustees of a brand new state university: Florida Polytechnic University ”, a- he declared.

And, “I’m going to get back to photography,” continued Martin, who opened FTMart Photography in the spring of 2014. “I haven’t broken my cameras—[Nikon models D750, DD500, and D7100]- for quite a while. My sister-in-law called me and asked me to take pictures of my godson and his law school graduate son. She said, ‘Hey, [you] need to come and take pictures of [your godson] Matthew for graduation. … I took the photos and put them in a book. … Now I just need to go back and finish the edit some more. … [A personal photobook Matthew’s law school graduation] is long overdue, about three months late.

Is it time to book for the holidays?