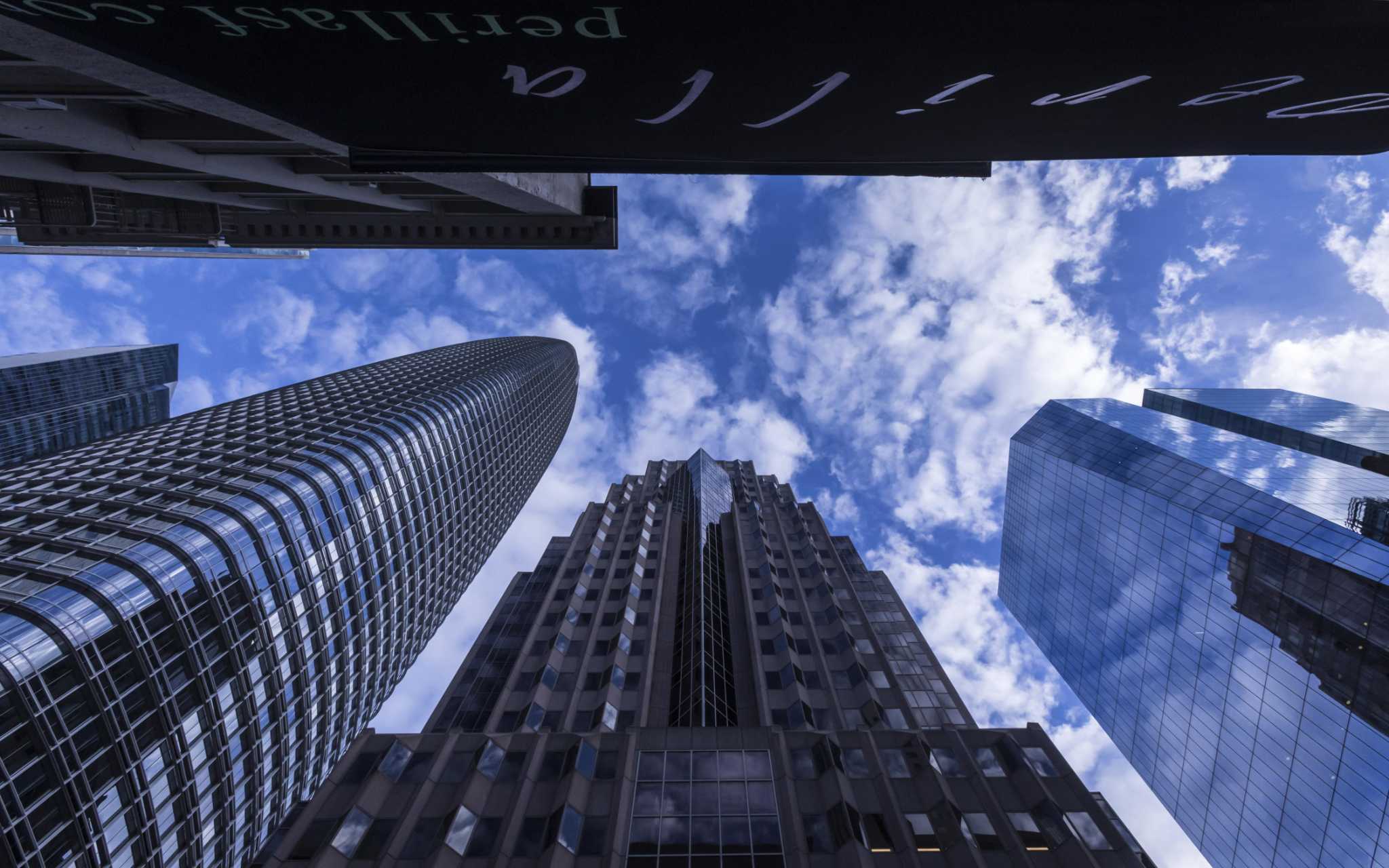 San Francisco’s economy is being hit with a triple whammy that dims hopes of a lasting recovery: a glut of unused office space, accelerating tech layoffs and a drop in venture capital investment.

The city’s office sector has had one of its slowest quarters of the pandemic in the past three months, with the vacancy rate hitting a record high of 25.5% in late September, according to real estate brokerage CBRE. .

Rental activity totaled approximately 800,000 square feet, the lowest level in two years. The vacancy rate is more than six times higher than at the start of the pandemic, when it was 4%, and up from 20% a year ago, according to CBRE.

The market isn’t expected to rebound anytime soon: tech giants and smaller startups are trying to cut costs and close mostly empty offices, with Facebook’s parent company Meta and Google implementing a hiring freeze. Salesforce, Airbnb and Twilio all put San Francisco rental space up for sale in the third quarter, driving up the vacancy rate.

Venture capital funding in the United States, the engine of startup growth, fell nearly 40% to $43.3 billion in the third quarter from the second quarter, and the lowest level in more than two years.

San Francisco and San Mateo counties
lost about 2,500 jobs in August,
the first monthly decline in a year. Although San Francisco’s unemployment rate was a miniscule 2.1% in August, layoffs have increased over the past month, with reductions to
technology company DocuSignclothing giant Gap and
spin scooter company,
among others.

Rising interest rates, high inflation and a crashing housing market are fueling fears of a recession and making office expansion even less likely.

“The economic problems of recent months have caused this dropout. There’s a lot of ‘wait and see’ out there,” said Robert Sammons, senior director of Bay Area research at real estate brokerage Cushman & Wakefield. “I don’t see the market improving quickly.”

The deals were well below Google’s 300,000 square foot lease at the end of the second quarter.

Colin Yasukochi, executive director of CBRE’s Tech Insights Center, said even with low coronavirus cases, remote work is holding back any sustained return to offices and businesses’ desire to grow. San Francisco office occupancy rate in buildings managed by security company Kastle
was less than 40%
last week, one of the lowest levels in the country.

“San Francisco is kind of ground zero for a lot of these trends,” he said. “I don’t think we’re in recovery mode yet.”

A sustained recovery may not come until the second half of next year, he said.

Some cities have even higher vacancy rates, including Dallas, Denver and Phoenix, Yasukochi said. But the disparity between San Francisco’s pre-pandemic office market boom and its current struggles is greater than in any other U.S. city, he said.

It could get worse. Ted Egan, the city’s chief economist, predicts office vacancy rates could top 41% in the North Financial District and 34% in the South of Market.

Sammons, of Cushman & Wakefield, doesn’t think it will get that bad. But leases representing about 16 million square feet of space, nearly a fifth of the entire market, are due to expire within the next three years.

There are signs of life: Developer Lendlease recently broke ground on a billion-dollar office and condo project at 30 Van Ness Ave., a prominent corner near City Hall and corporate headquarters from Twitter.

Ridership from Muni to downtown is noticeably higher during the morning commute, Sammons said. Large-scale events and conferences like Fleet Week and Dreamforce are back,
revitalize the tourism industry.
A
community event series
designed to build civic pride and engagement are planned for this month.

The Mayor of London Breed, speaking at a property event on Wednesday hosted by the San Francisco Business Times, acknowledged the struggles in the city centre.

“The uncertainty around working from home has shaken confidence in what lies ahead — not just here in San Francisco, but in major cities across the country,” she said, in prepared remarks. “Today we have to adapt.”

“With challenge comes opportunity,” she said. “To think about, to reinvent, so that a resilient city lives up to its reputation.

These 3 Caribbean destinations are trending for Americans this winter