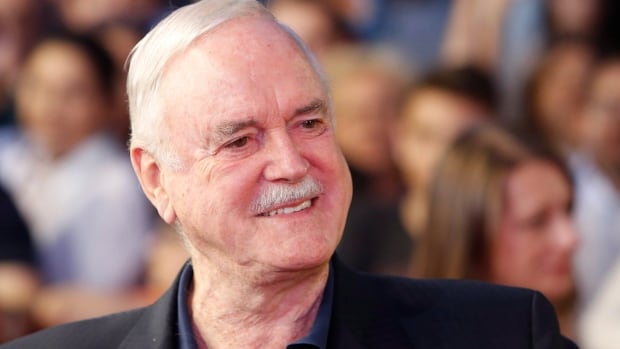 Someone who owns a cottage or house in Huntsville, Ontario could potentially welcome a famous tenant.

British actor and comedian John Cleese tweeted Monday that he needed a place to stay in Huntsville – a community of some 19,000 people, about 215 miles north of Toronto – as he works on a new movie.

Cleese, best known for co-founding comedy troupe Monty Python, said his Airbnb rental was handed over to someone else, although he said the company had already taken his money.

“Why did they take the money then?” he wrote.

An Airbnb spokesperson said the Cleese team requested a house, but the reservation was never accepted by the host. Airbnb, which previously apologized on Twitter, said it automatically reimbursed the upfront fees.

Does anyone in Huntsville, Ontario have a nice place I can rent to live while I make a movie

(Why did they take the money, then?)

“We are truly honored that a legend like Mr. Cleese is interested in booking an Airbnb listing,” the company said in a statement.

“We have been in contact with his team throughout the day to provide support and help clarify the situation.”

Hi John, we are sorry to hear about this and want to help you fix this problem. Can you please send us more information about the canceled reservation? Thank you. https://t.co/WCQEFGIlXC

The influx of offers

As of Wednesday afternoon, Cleese’s tweet had received more than 1,000 responses, including many Ontarians offering their cottages or homes.

“Hi John, we have a great cabin in the area on a lovely lake about 30 minutes from Huntsville,” one wrote. “What dates are you looking for? “

Some also told Cleese that they would try not to mention Monty Python or his other job while he was there.

Hi John, we have a great cabin in the area on a lovely lake about 30 minutes from Huntsville. What dates are you looking for? We only booked the 3rd week of August. Empty after that. 5 bedrooms, 3 bathrooms, 3 levels, modern log cabin with all the amenities. Built in 2016. Rob.

You can rent our place. It’s not huge, but the sunsets are amazing. 5 minutes from town. pic.twitter.com/6uBuAhQrPn

“I’m about two hours from Huntsville. I’d be willing to give you the master bedroom,” another Twitter user wrote.

“You should sleep next to my wife, but I promise she snores better now. At first I would have a lot of questions about Python and Fawlty towers, but these would slow down over time. “

I’m about two hours from Huntsville. I would be ready to give you the master bedroom. You should sleep next to my wife, but I promise she snores better now. At first I would have a lot of questions about Python and Fawlty Towers, but these would slow down over time

Cleese then thanked Ontarians for reaching out and said he would consider their requests.

So many helpful suggestions!

We don’t know which Cleese movie is filming in Ontario. According to the Internet Movie Database, it is currently in pre-production on Cut the painter, playing a retired writer living in a small Canadian town. Eric Peterson of Saskatchewan plays his former writing partner.

What to watch on Netflix Canada in June 2022