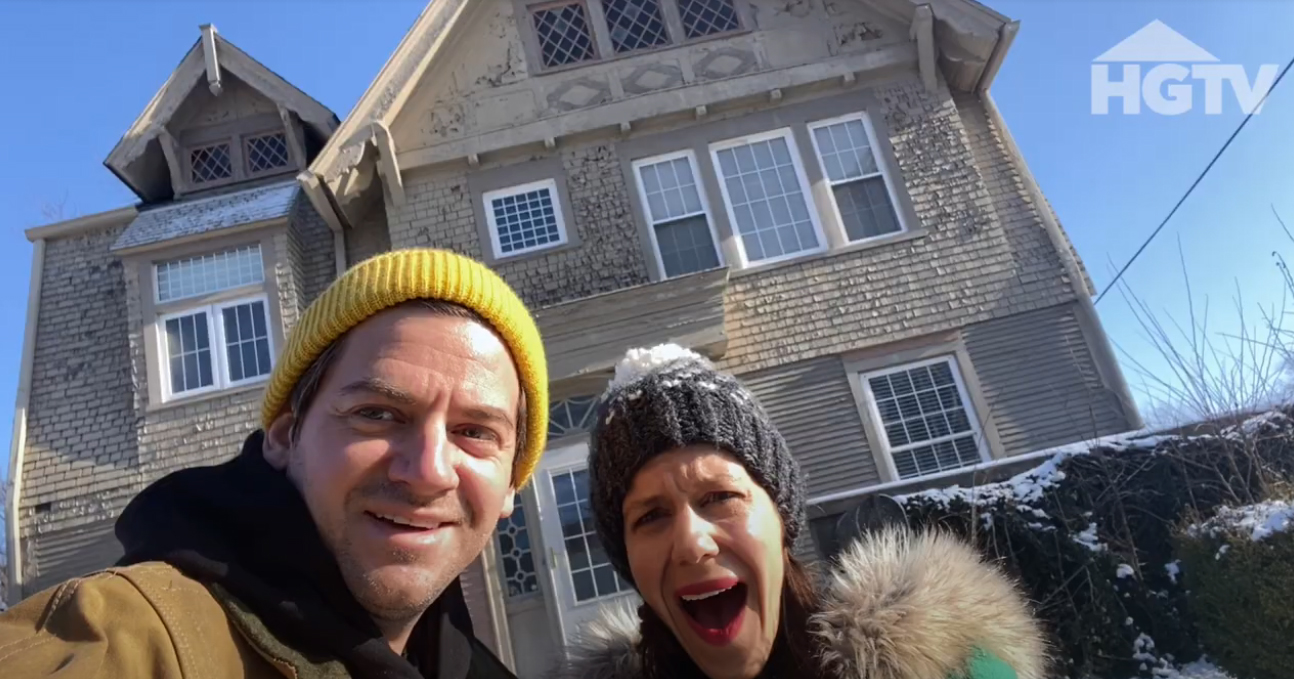 The Capital Region will be in the spotlight nationally on Monday with the premiere of “Cheap Old Houses” on HGTV.

Hosted by Ethan and Elizabeth Finkelstein (the latter is from Queensbury), the show will feature the unique architectural stories and pieces of homes under $ 150,000. It is named after the couple’s popular Instagram account of the same name, which has garnered more than 1.6 million followers. Using Elizabeth’s background as a historical curator, as well as the help of 3D graphics renderings, they will help viewers imagine what some of the homes might look like when restored.

The couple have a passion for safeguarding and preserving historic homes.

“We launched Cheap Old Houses on Instagram and it sparked a movement,” Ethan said. “Our site features the best historic properties on the market right now and that means we need to find the best places to post.”

“We always say don’t sleep until every house is saved,” Elizabeth said.

In the first episode, which airs Monday at 9 p.m., they explore the capital region, venturing to Amsterdam, to visit a grand 20th-century Victorian house with a sprawling independent shed. Next, they’ll travel to Fort Plain, visiting an 1850s Italian-style house that has a crisp 1950s retro aesthetic, complete with a pink bathroom.

Finally, they visit Gramp’s Old School in Greenwich, which has been painstakingly restored by father-daughter team Jill and Richard Tefft.
Located on Ryan Road in Washington County, the school dates back to 1850. The Teffts bought it in 2017 when it was covered in vegetation and in disrepair, with a hole in the roof and the floor.

The Teffts have close family ties to the school; Richard’s father attended school there in the 1940s and in 1915 their ancestor Martha Dewey Tefft attended school there. Despite the colossal work that the restoration required, these family ties made the project worth it. In recent years, they have completely restored the building, installing plumbing and electricity; adding modern conveniences while maintaining the aesthetics of the school.

Last year the school was listed on the National Register of Historic Places and the Teffts won an award for preserving the architectural heritage of the Adirondacks. Since March 2020, shortly after completing the restoration, they are renting the school on Airbnb

Unfortunately, due to the pandemic, they had to close for two months before reopening in June 2020. Despite the lack of tourism in the capital region last year, the school was booked almost every weekend.

“We have booked every weekend since we opened which has been good and we are always very careful, we have an excellent cleaning team and we have a cleaning and sanitation protocol that we follow very strictly “said Tefft.

Late last fall, the Teffts received an email from HGTV asking if they would be interested in participating in “Cheap Old Houses”. Jill, who is a longtime Cheap Old Houses Instagram follower, was then interviewed by a producer on the show.

“I never really thought I would hear anything again because it seems like a one in a million chance and a lot of things should line up and be perfect for all workouts,” Jill said.

Still, things fell into place and a few weeks later the Finkelsteins and a film crew came to visit the school.

“We immediately hooked [with] Ethan and Elizabeth, ”said Richard. “They are super great people, obviously very passionate about historic buildings and the whole process. It was really great to meet them in person.

They took the Finkelsteins on a tour of the school and showed them photographs of the building’s appearance throughout the restoration process. They also share some of the drawings, doodles and other artifacts they found, including one by Richard Tefft Sr.

“We still can’t forget that we’re going to be on HGTV,” said Richard.

As the major restoration projects are completed, they hope to make landscaping improvements and work on other smaller-scale projects throughout the year.

“.. With any old building, your job is never done. There is always things to be done to make an improvement, maintenance, that sort of thing. But it’s something that you do. I really like doing it. You stay connected that way, ”said Richard.

Like the Finkelsteins, the Teffts are passionate about bringing historic properties back to life.

“I think we’re still casually looking for our next potential project,” Tefft said.

“If the right property shows up on our radar, we would definitely do another project, especially a historic project. It was very rewarding, ”said Richard.

“Cheap Old Houses” will premiere at 9pm Monday on HGTV.

Ways to Support Small Businesses When You Travel