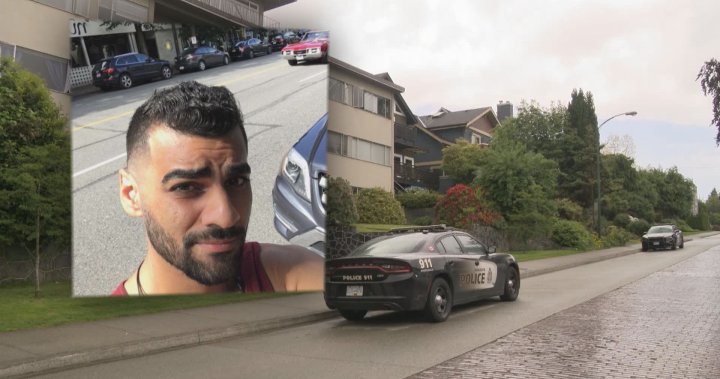 Warning: Some details of this story may disturb some readers. Discretion is advised.

A Vancouver Airbnb host arrested and charged after an alleged stabbing of two young women at a Kitsilano apartment building has been released on bail.

Arvin Pasha was released on June 24 after a provincial court judge issued an order of release without financial obligation.

A publication ban prevents Global News from reporting any evidence heard at the bail hearing.

The pair were staying in a listing at 2130 West 3rd Avenue near Arbutus Street, where Pasha had a valid short-term rental business license from the City of Vancouver for the apartment linked to the alleged Airbnb stabbing.

“It was (was) horrible. There was blood everywhere,” neighbor and witness Saad Mustafa told Global News on June 13.

Mustafa said he heard female screams and a man screaming early on May 27, and opened the door to his apartment to a gruesome scene in the hallway.

“A young woman, she appeared to have a stab wound to her neck or neck area. It was covered with a long white scarf or shawl. She was on the ground, lying on her back and she was bleeding very, very heavily,” he said.

“There was another young woman who was pinned to the wall and threatened with a knife.”

Mustafa said the attacker fled through a side door when he called 911.

Pasha was arrested at the scene.

“Canadian law presumes that defendants are entitled to release on terms designed to minimize the risk of them committing a new offense or failing to appear in court,” said Michael Mines of Mines & Company Law Corporation. in an email.

Mines added that his client is “of course, presumed innocent”.

Both alleged victims survived and suffered injuries described by police as not life threatening.

Pasha’s next court appearance is scheduled for July 15.

The defense lawyer said he was awaiting full disclosure of details from the Crown – including witness statements.

None of the allegations have been tested in court.

Dartmoor National Park: “We must defend our right to wild camping” | Travel