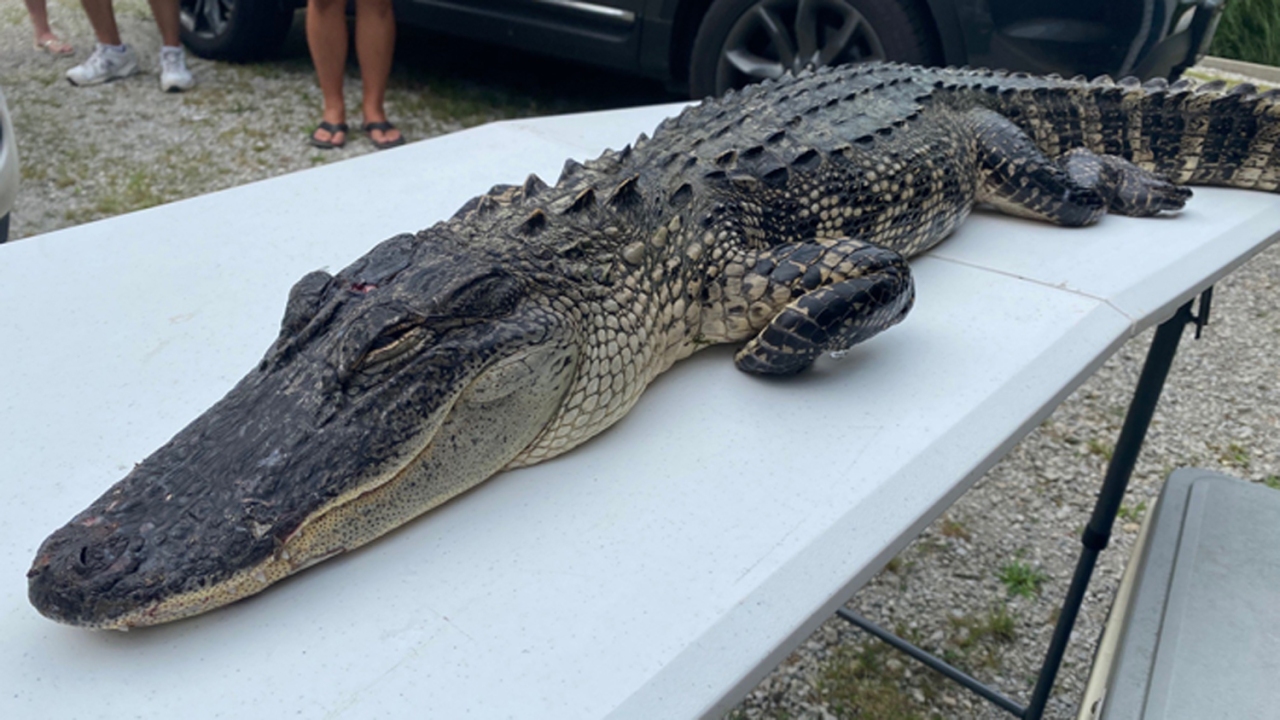 WHITLEY COUNTY, Indiana (WANE) – A 5-foot alligator has been captured and removed from a lake in Whitley County.

The alligator was spotted in New Lake, off CR 350 West and 700 North about 7 miles northwest of Columbia City by a man from Illinois, who spends a few weeks every summer at the lake.

“I was fishing not too far and saw some pop can eyes, you know, something like you see a movie,” Sawyer Burgett said. “I was just in total shock. You don’t see that in Indiana.

Overnight, however, Burgett caught the alligator with a trebel hook and net. He was 63 inches – over 5 feet long.

He then deposited the reptile.

“The kids are swimming, the pets, we have a little dog, babies, you don’t know what’s going to happen. I mean, he’s an alligator, ”Burgett said. “Around the lake, everyone is very relieved. From a social media perspective, not so much. We didn’t harm the animal on purpose. We caught the animal and had to take matters into our own hands… No one is afraid to swim or go fishing anymore.

Whitley County Commissioner Theresa Green said her colleague Chad Banks spoke to the person who caught the large reptile. Green said officials believed someone had the alligator as a pet and released it into the lake because it had grown too big and the owner could no longer take care of it.

Quillen said that while the DNR does not regulate alligators, you must allow them with the state of Indiana once they are 5 feet or larger.

Commissioner Green said she does not support residents who keep exotic animals.