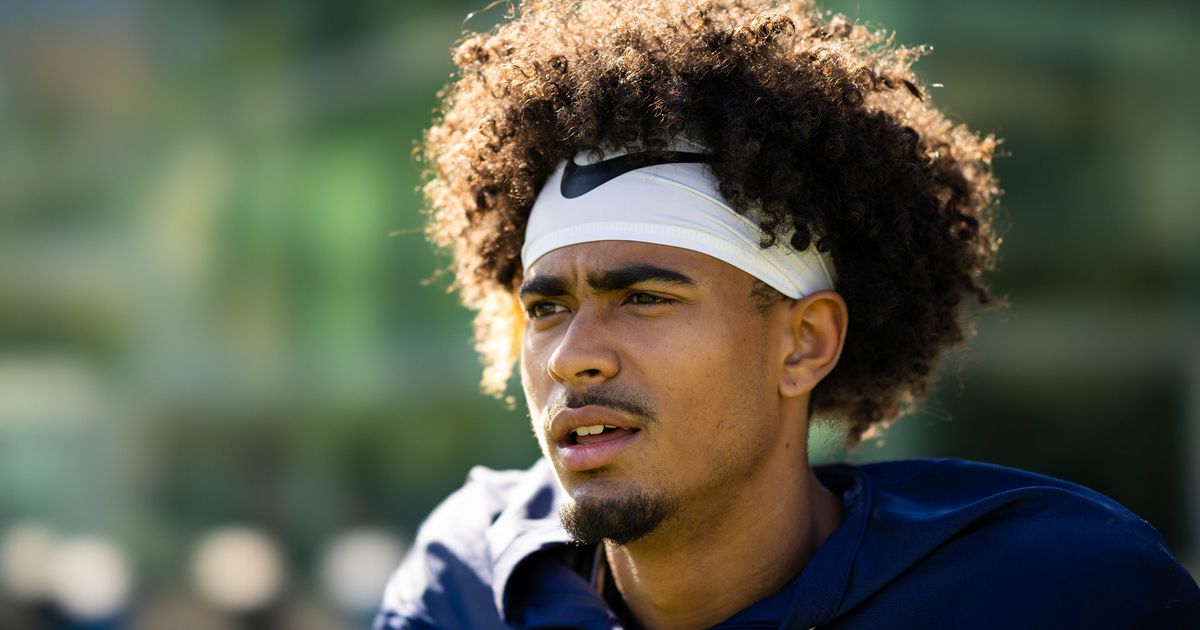 BYU freshman Korbyn Green was open to signing with Baylor. That’s how he ended up in Provo instead

Provo • Korbyn Green could not yet move into his BYU-arranged accommodation when he showed up in June.

So the freshman from Oklahoma unloaded his things at an Airbnb in the middle of Provo, eager to get a head start on learning the playbook.

For a week in temporary accommodations, he was cared for by senior Kaleb Hayes and spent most of the day at the Cougars’ practice facility. They ran and lifted, but more than anything, they studied the basics of BYU’s defense.

It was a necessary effort for a player hoping to make it through the rotation in his freshman year after high school.

“The older guys really helped me with the transition,” Green said of his last six months. “It was a bit difficult at first… But I got into the playbook and the rotation a bit. I want my role to start in the travel team and see what happens. I always trying to learn and get out of there.

Green has been on a whirlwind tour since February. For a very long time, Green thought he would end up at Baylor. So does the rest of the recruiting world.

Bears master scouting and former Texas high school football coach Joey McGuire latched onto Green early and made him a priority. Generally speaking in Big 12 circles, if McGuire is involved in the run, recruiting is pretty much done. Nebraska threw their hat in the ring, as did Kansas State. But that was ticking a box, assuming Green would be a bear.

Then, just weeks before the signing period, McGuire unexpectedly left Waco to take up the head coaching job at Texas Tech. Baylor kept Green’s offer, but the dynamic of the conversations changed.

So Green went for something else.

“I have a lot of friends in Oklahoma,” BYU cornerbacks coach Jernaro Gilford said. “I worked in camps there and my friends brought [Green] to me, brought me his movie and as staff we did our homework on him.

“The more I watched BYU, the more I thought it was a really good program,” Green said.

While Green needed BYU, it was a reciprocal transaction. BYU needed young corners to breathe depth into the secondary this season, and guys who could contribute immediately.

After the medical retirement of Keenan Ellis and Isaiah Herron, BYU was left with only two experienced players to lead the group. Hayes was one of them. D’Angelo Mandell was another.

Gabe Jeudy-Lally was transferred from Vanderbilt. Jakob Robinson was a second-year transfer. But there was a reason BYU rushed in so late in the recruiting process for a corner.

Green brings speed to the secondary, which could add a different dynamic to defense. He was immediately placed on the two-deep depth chart handed in June. And he was one of the few freshmen to make the list of travelers to Tampa last week.

“Young corners are super fast. They have a ton of speed and it shows on the court,” Sitake said. “We just have to make sure they have the defense and the right technique. Being fast is good, but when you’re wrong, you’re even more wrong. They certainly have the tools.

Right now, Green is trying to bridge the gap between his skills and his mastery of the playbook. Things like spending the day using the establishment. The same goes for hanging out at Robinson’s breaking a movie. Green worked this into his weekly schedule, along with discussions with Jeudy-Lally about playing the ball in the air.

The faster he catches up, the better for BYU. Against South Florida, the secondary showed some of its cracks, with a few blown covers in the second half. Against Baylor, those cracks could lead to touchdowns.

Green, meanwhile, thinks he’s close to being ready to contribute.

“I’m ready for this,” he said. “I’m excited for this, start making games and get ready.”

Maybe this week, against the team he was supposed to sign with, will be his moment.

Are Airbnbs more profitable than hotels?