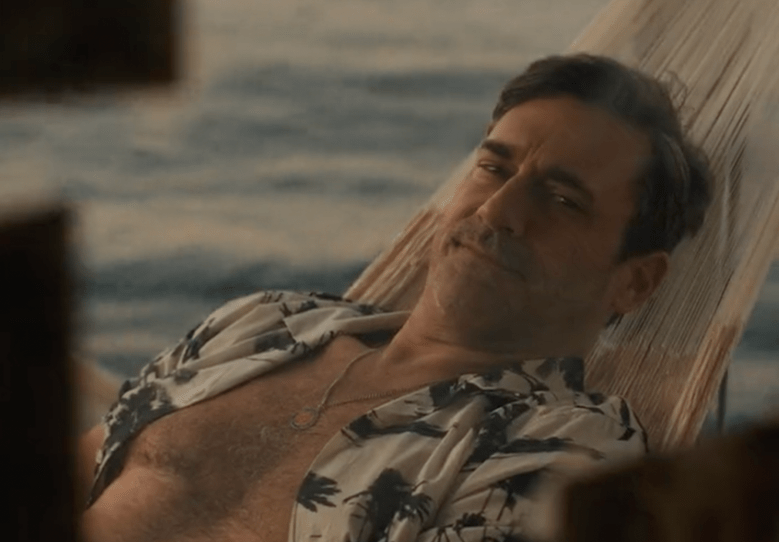 Originally portrayed by Chevy Chase in “Fletch” in the 80s, Fletcher (AKA Fletch) is now a semi-retired journalist living in Europe and writing about lifestyle, art and travel. That is, until he was hired to find out who stole millions of dollars worth of art from an earl’s Roman villa. Fletch (Hamm) returns to Boston to investigate the case, only to discover a dead body in the Airbnb rental where he is staying. Now Fletch must find the stolen art etclearn his name for a murder charge.

Paramount Pictures’ “Confess, Fletch” premieres in theaters, on demand and on digital September 16.

The film reunites Hamm with former “Mad Men” co-star John Slattery, who plays the editor of Fletcher’s Boston newspaper. Fletch has a similar “love-hate” relationship with his publisher, as Chase did with Richard Libertini’s character in the original film, as revealed by director Greg Mottola (“Superbad,” “Adventureland”). Weekly entertainment.

Hamm, who is also producing the film, suggested that Mottola choose his friend Slattery.

“I’ve met John over the years, and I really like him as an actor, so I loved the idea,” Mottola explained. “It was actually the first day of shooting all of their stuff, and it was a great first day because these guys have such shorthand that they immediately fell into a very funny and enjoyable beat.”

“The reason we didn’t ask Chevy Chase to be in it isn’t because we don’t like the original movies, we love them, but we thought it should be a novelty,” said explained Mottola. “There’s a lot of things Chevy did that aren’t in Fletch’s books: his comedy style, the slapstick and all the different names and disguises. We thought it wouldn’t be fair to steal them. We reference the original, we pay homage to it, but we tried to really balance it halfway between a crime mystery and a comedy, maybe more than the original.

Check out the trailer below.

Register: Stay up to date with the latest film and TV news! Sign up for our email newsletters here.