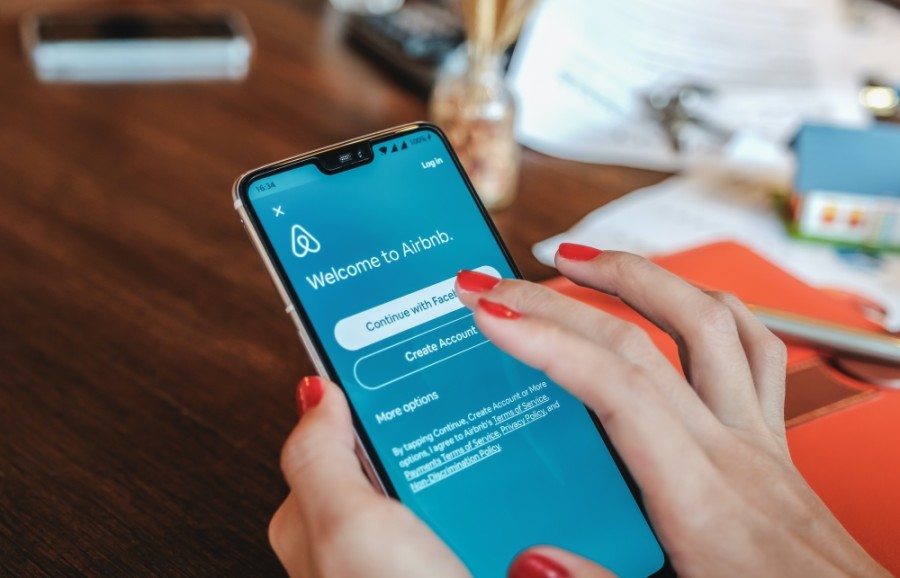 The city of Frisco is considering adding an ordinance to regulate short-term rentals, some of which use Airbnb to connect with guests. (Courtesy of Adobe Stock)

The Town of Frisco is considering regulating short-term rentals to address a small number of problematic properties and better keep up with what could become a growing industry.

The Frisco city council discussed the elements of a possible ordinance during a working session on May 18. City staff are expected to present a draft ordinance for consideration at a council meeting in late June or early July.

Short-term rentals, which are often offered through online services such as Airbnb, are accommodations offered for rent for less than 30 calendar days at a time. The short term rental could be an entire house or a private bedroom with a space shared with other occupants.

“Many communities are now catching up in order to address the concerns of their citizens to protect their neighborhoods, maintain the availability of residential housing and ensure proper tax collection,” according to a note from city staff.

Frisco Police identified 25 short-term rentals through 92 service calls to these properties between January 1, 2019 and April 30, 2021. These calls ranged from noise complaints to household disturbances, drug-related activities, harassment and parking problems.

Council members were divided over whether an ordinance was needed to deal with what they called a small number of “party houses”. The city already has ordinances to tackle code violations such as noise complaints, parking issues and garbage issues as well as criminal activity.

Public comments submitted to the city last year ranged from short-term rental being a property right to a public nuisance.

An official ordinance would help the city identify the number of such properties operating in Frisco, Curtis said. The plan discussed on May 18 would require short-term rental owners to register their property with the city every year. They would be required to show proof of payment of hotel / motel taxes and would be required to look after parking and post off hours. The owner or other contact should be available to respond within the hour to any issues reported in the property. In addition, the ordinance would give the city the right to impose penalties as well as to revoke or refuse a permit for serious or repeated infractions.

The permits would cost $ 300 per year and would not be transferable if the property was sold, according to the proposal.

The costs of implementing and enforcing a short-term rental order would be around $ 40,000 per year, according to Curtis.

Council member Shona Huffman said if the city decides to approve an ordinance, it must include a monitoring program.

The city ordinance would not replace the rules of homeowners associations that want to ban short-term rentals. The problem, however, is that many HOA rules were written before short-term rentals existed and didn’t address them, board member Dan Stricklin said.

Council member Brian Livingston said he didn’t want the city to do anything that would make it easier for short-term rentals to work in Frisco.

“I don’t want to do anything that encourages them in our community,” he said during the working session. “I’m not a fan of it.”

Mayor Jeff Cheney said putting an ordinance in place could encourage “good operators” to follow the rules coming to Frisco.

There was also a discussion on the application of the ordinance to any rental home. City staff estimate that there are 5,800 rental properties in Frisco.

Council member Bill Woodard said he’s struggling to add regulations – and an annual fee of $ 300 – for thousands of rental properties to address what is currently a small number of bad operators.