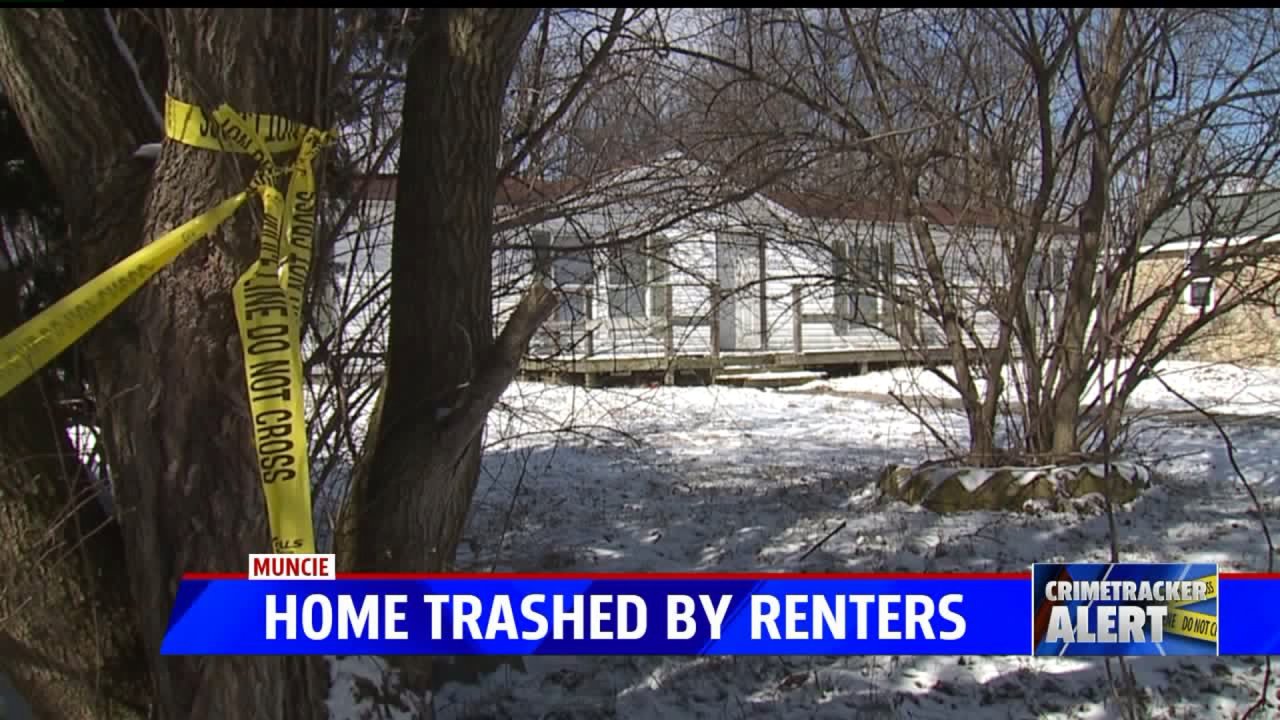 MUNCIE, Ind. – A Muncie landlord says his place was ransacked and even became a crime scene after he rented it out on Airbnb.

Malcom Tanner rents property through Airbnb in Florida, Texas and several locations in Indiana, but he said he’s never seen anything like this.

On Sunday, he arrived at his North Burns Street property, ready to turn the house over for his next tenant.

“I was just planning to change the blankets, change the towels, maybe wipe down a bit and walk out the door. I didn’t expect it at all,” Tanner said.

He arrived to find police tape taped to his trees, bullet holes in the living room ceiling, and damage throughout the house.

As he walked through the house, he pointed out trim torn from doors, dining room chairs now broken, and cabinet doors that needed to be put back in place.

He says police later told him that a large party had taken place on Saturday evening and ended in gunfire around 2 a.m. on Sunday. A woman was shot in the leg.

The renter, named Jonathan, was verified on Airbnb, but had no ratings or reviews. Tanner says he trusted Jonathan because he said he was an active military man.

Jonathan says it’s because it was his first time renting through Airbnb. He says it was supposed to be a little get-together with friends and it quickly got out of hand. He claims he was drunk and fell asleep.

“I guess people were invited when they weren’t supposed to be,” Jonathan said, adding that wasn’t his intention. “Honestly, I don’t think it’s my fault, but since I signed it, it’s in my position to be the one to pay.”

While Tanner says he’ll be more careful, he doesn’t blame Airbnb, which does background checks on every tenant. He says sometimes things happen.

“Is this going to scare me? Yes, but every business opportunity carries a risk.

It’s a risk that not everyone agrees to take. Next-door neighbors say they’re trying to move out using short-term rentals. Another across the street says he mostly wants to keep his distance.

“It’s on them,” said Jerry Harris, 65. “As long as everything stays across the street, I don’t have a nickel in that penny. As long as it doesn’t come through and affect this house. I have no problem with that.

Tanner says he believes background checks work and even keep neighborhoods safe. He says the company cannot be responsible for people brought to a party.

In the meantime, he tries to figure out how to keep the house open for business.

Airbnb provides up to $1 million insurance to cover damages in situations like this.

Meanwhile, another tenant is supposed to stay in three days.

Airbnb’s response to Booking.com? We have more announcements

Airbnb invites you to stay at the Sanderson sisters’ ‘Hocus Pocus’…