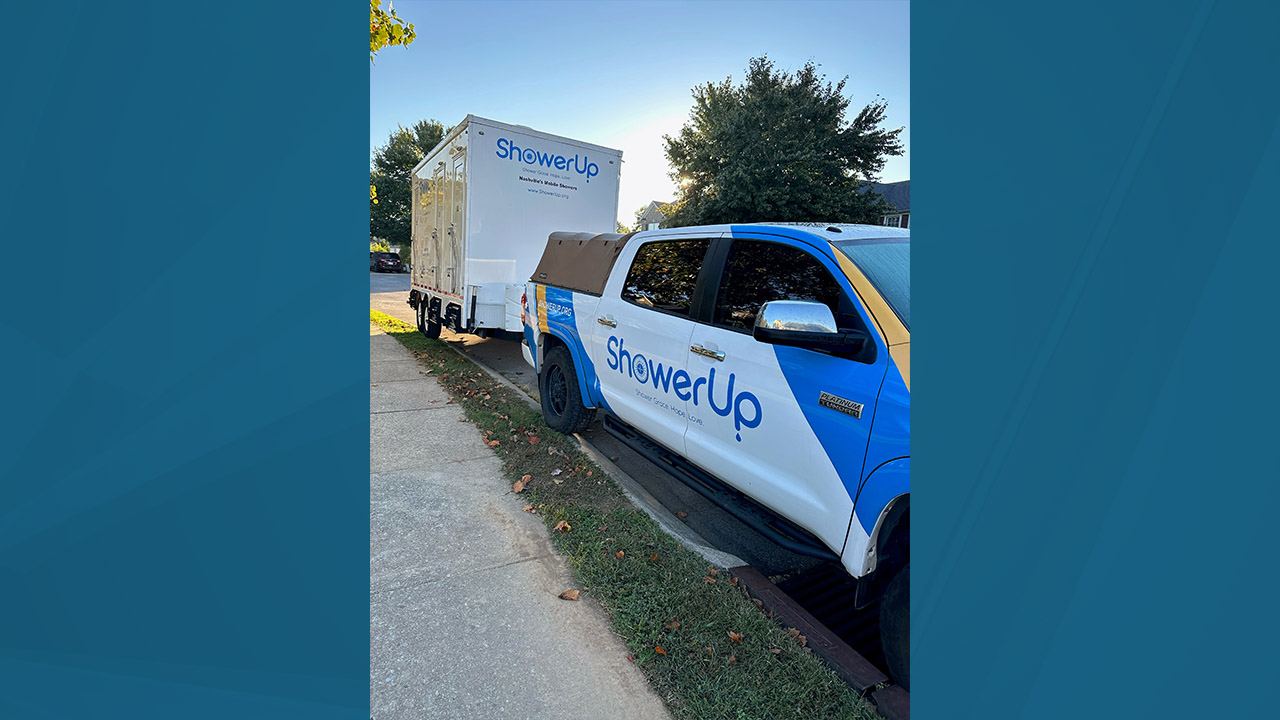 Nashville volunteers bring showers to those in need in Florida

NASHVILLE, Tenn. (WKRN) — Florida’s road to recovery will take a lot of time, money and help from volunteers, many of whom come from Tennessee. This includes members of an organization called Shower Up Nashville, which does not generally respond to natural disasters until now.

Shower Up Nashville is dedicated to helping homeless people shower, but this week they’re helping another group of people in need: those devastated by Hurricane Ian.

“There is no electricity for half a million people there. Hotels are closed, Airbnbs are closed, family homes are closed and some are flooded,” said Paul Schmitz, executive director of Shower Up Nashville. “So with families, it’s a big deal.”

According to Schmitz, he knew they had to help people in Florida, so they packed up their mobile showers and headed south.

However, the organization’s showers are not just for hurricane victims. Schmitz said he hopes volunteers and people helping with recovery efforts can find some relief.

“When we think about what happens after a hurricane or after a flood or after a natural disaster, we’ve seen it here in Nashville after the tornado. What happens after is the work begins,” a he explained. “And for some of these aid workers, they come down and they go to work 15 or 16 hours a day. We don’t think about the people whose homes are here and how much they work.

The mobile showers have three shower cabins with hot water and LED lighting. Schmitz said this basic necessity is often taken for granted, but it can go a long way.

Shower Up typically focuses its efforts in Nashville, so this trip to Florida was not included in its budget planning. If you wish to contribute to the mission of the organization, follow this link to make a donation.