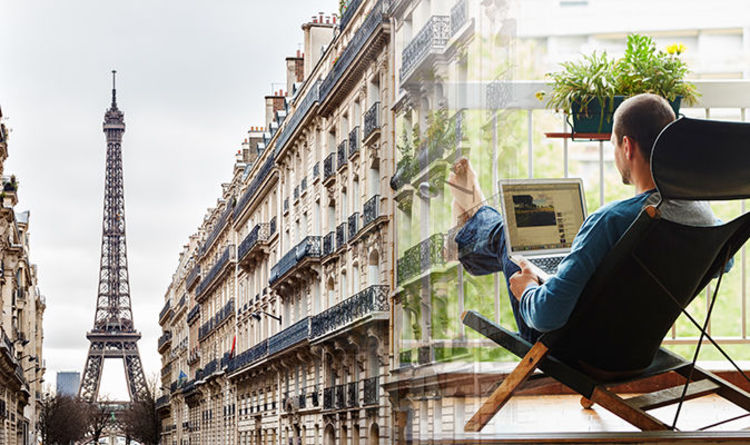 Paris official Ian Brossat has spoken out against home rental services which he says are forcing residents out of the main city.

He told local newspaper Le Parisien: “Over the past five years, we have seen the loss of 20,000 homes, mainly in the districts of central Paris.”

This is bad news for Airbnb, with the French capital being their biggest market in the world with 60,000 on offer.

The news follows other destinations seeking to ban the service, such as parts of Spain, New York City and Amsterdam.

Brossat also said: “Airbnb threatens the soul and identity of a number of neighborhoods.

“We cannot remain inert in this situation.

“Every big city in the world is facing this problem. If we don’t regulate Airbnb, we won’t have any more inhabitants in our city centers.

“Do we want Paris to be an affordable city for the middle classes, or do we want it to be a playground for Saudi or American billionaires?

He warned it could turn the city into an “open-air museum” with entire apartments rented out to tourists instead of being inhabited by residents.

Regions in Spain have called for a ban on Airbnb rentals for similar reasons.

Madrid, Palma, Valencia and Mallorca have all been hit by new proposals to limit the type of properties rented and the length of time they are rented.

Residents have taken part in anti-tourism marches against them as they cite high rental prices as a result.

New York also wanted to crack down on Airbnb to limit the number of rental units.

New Orleans, Amsterdam and Berlin have raised issues with house rentals, and Edinburgh in the UK has also joined in raising concerns.

Some tourists have even reported being banned from their Airbnb listings while on vacation, being forced out of the apartment by the police.

In ten years, the company has grown to include five million listings in 81,000 cities around the world.

They have since launched Airbnb Experiences for tours and excursions and Airbnb Plus, for high-quality accommodations.

An Airbnb spokesperson criticized Mr Brossat’s comments, saying: “This program would steal opportunities from thousands of middle-class families to feed the hotel’s wealthy lobby and help protect its profits.

“It is disconnected from public opinion, disconnected from legal reality and is a smokescreen for the real tourist concerns of central Paris, where more than 750 additional hotel rooms have been approved and built during the last one alone. last year.

“We firmly believe that travel should benefit many – not just the wealthy few – and we will continue to encourage the Deputy Mayor to support innovations that help make Paris more affordable for Parisians, not line their pockets. wealthy hoteliers.