A university official has warned that students who have not yet locked down their accommodation arrangements before arriving in Cape Breton may have to postpone their classes this fall semester. 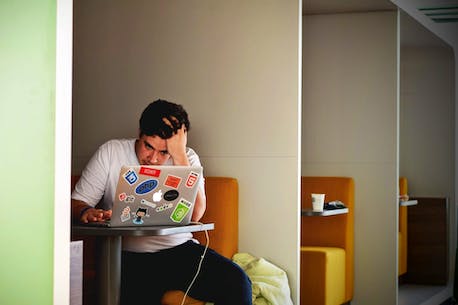 “These messages are aimed primarily at international students,” said Doug Connors, director of housing, catering and ancillary services at the university. “It has always been CBU policy in anything we send international students to not arrive in Canada without first securing accommodation. So it’s not new.

“In short, we are continually messaging students to make sure they have secure accommodation before they arrive, letting them know we have options available on campus.”

“We do our best to warn students that they probably need more time to find accommodation and it is not so easy to find suitable accommodation now,” Wang said in an interview with The Guardian. “We call, we email, but students are students and some of them are still coming.”

According to a statement from UPEI, all of its units are full while 400 students are on a waiting list.

“We get a lot of phone calls from students who are upset about the housing issue, and we’re doing our best to help them,” Laura O’Laney, acting director of auxiliary services at UPEI, told The Guardian.

Back at CBU, Connors said the current on-campus housing situation isn’t as dire.

“We still have spaces and we don’t have a waiting list at the moment,” he said. “Of course, not all types of accommodation are available, but there is certainly room.

“As with all areas of the region, there is a shortage of housing for students, affordable housing, young professionals…pretty much anyone looking for housing. Most of the pressure, however, is related to the demand for off-campus housing.

This demand has resulted in limited accommodation options for Praveen Kuriyanapallil Suresh, a second-year student in CBU’s business management program.

The 34-year-old said when he first arrived in Cape Breton, he was lucky to find a room in shared accommodation, thanks in large part to networking with a friend.

“When I came here last year, I got a place right away, but only because I have a friend here,” said Kuriyanapallil Suresh.

But wanting more privacy and fewer distractions, he was initially not so successful in his search for his own apartment.

“I ended up having to stay at my old place for about eight more months before I found what I wanted,” Kuriyanapallil Suresh said. “And now I can’t imagine what it would have been like for newcomers here.”

He said he was concerned that students arriving at CBU without establishing a place to stay may have to find temporary accommodation for several days or more and often at their own expense.

“They may have to spend weeks and weeks either in a hotel or on Airbnb,” he said. “And it just becomes very expensive for them. They are students; they can’t afford it.

Amrinder Singh, former president of the CBU students’ union, said he and the Sydney chapter of the Sukhmani Sahib Society had faced a deluge of accommodation calls and concerns from international students about finding accommodation.

“A few months ago, we started getting a lot of messages, being contacted by people coming to Cape Breton fearing that they might not be able to get housing in Cape Breton,” said Singh, commercial account manager at RBC. In Sydney. “So we met a few weeks ago to try to figure out what we should do.”

Using social media, specifically the Facebook site CB International Community, Singh and several other members of the company searched for community members who had free space in their homes to provide international students with temporary accommodation for a few days. – along with food and other necessities – until a permanent place can be found.

They also serve as a virtual sounding board for students, some of whom have suffered housing offers that unfortunately turned out to be scams.

“I heard a lady was renting a room to a student,” he said. “The pictures (of the bedroom) certainly looked great. But the day the student went there, the bathroom only had a shower but no drywall around it. And the student couldn’t go anywhere else, so she had to stay there all year.

“So we are doing our best as a society and a community, as people who have lived here for a long time, in how we can support these students who have never been here before but are looking for a good future here.”

“They just started posting this several days ago,” he said. “I’ve never seen this on their website before. I’m not going to blame CBU, but it’s kind of on them that this information wasn’t publicly available before this.

Visas had to be secured

However, Connors said messages about the issue have been conveyed to students, particularly regarding obtaining visas long before they arrive in Cape Breton.

“We sent some messages to the students: we had a deadline of August 15, for example, if the students had not obtained their visa, they had to postpone their university pursuits until the January semester or the next available when they would get their visas,” he said.

“It’s the same for housing. We try to educate students to make them aware that it is not responsible and very risky for them to arrive in Canada without secure housing.

— With files from Yakosu Umana

Ian Nathanson is a political reporter at the Cape Breton Post.

‘Wheel Of Fortune’ arrives at the Fox Theater in Detroit