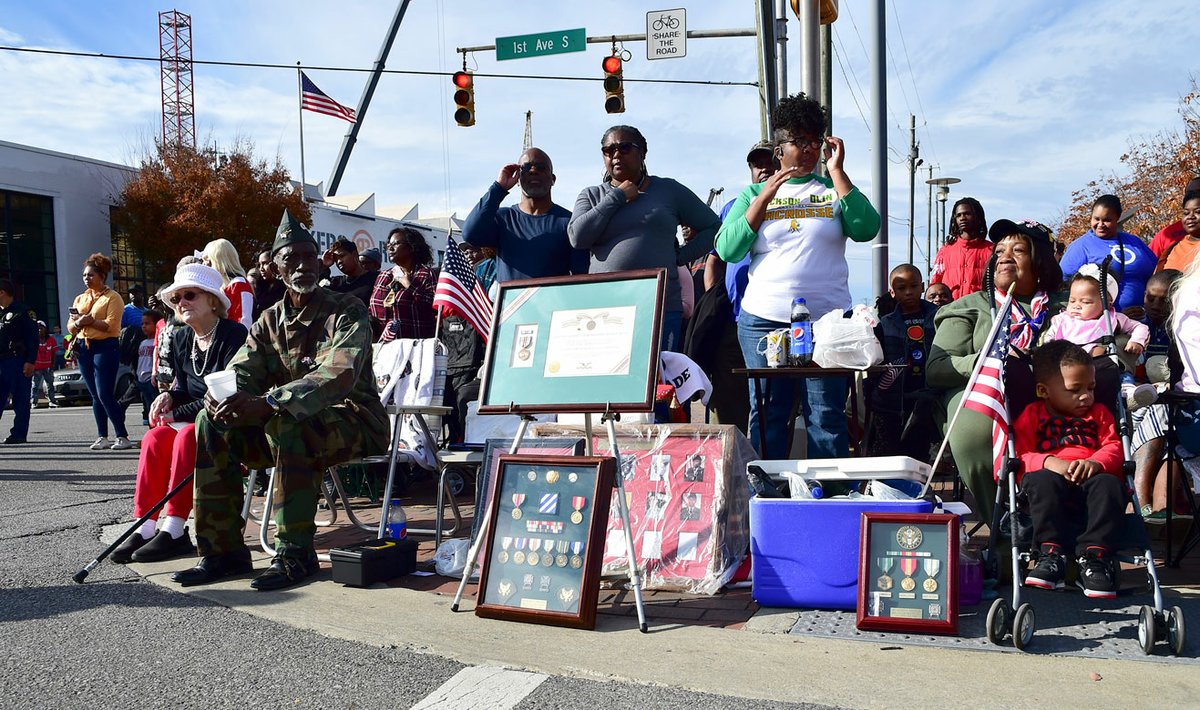 The Veterans Parade returns to Birmingham city center on November 11

Birmingham has a special connection to Veterans Day, the national holiday celebrated every November 11 to honor those who have served our country in the armed forces.

In 1954, following the lobbying efforts of Birmingham resident and World War II veteran Raymond Weeks, President Eisenhower signed a bill to rename Armistice Day – created in 1919 after the end of World War I World – in Veterans Day.

The first national celebration of Veterans Day had already taken place in the Magic City on November 11, 1947, with a parade.

The Birmingham Veterans Day Parade continued and is the largest such event in the United States.

The parade was canceled in 2020 due to COVID-19. However, the event is back live and in person this year.

The annual National Veterans Awards Dinner will be held on Wednesday, November 10 at 5 p.m. at the Sheraton Downtown Birmingham.

Organizers are excited to host the parade live this year for several reasons, said Mark Ryan, president of the National Veterans Day Foundation in Birmingham.

“It looks like we are breaking out of the COVID grip that has held us back for two years,” Ryan said.

“The other part is it’s a live parade, a live event, which is a lot more exciting than something virtual,” he said. “You can have people on the streets cheering on our veterans, and there’s no substitute for that. “

The organizers are also happy to find the event on its traditional route in the central business district.

The parade took place in Midtown and Parkside in 2018 and 2019 due to construction work on Interstate 20/59 bridges downtown.

“We enjoyed… that everyone accommodated us on the south side, but the parade has been on the north side for as long as I can remember,” Ryan said. “It’s a familiar route. It feels like you are downtown and people can walk out of office buildings.

It’s also easier to organize the parade and get everyone in and out on the north side, Ryan said.

In addition to the parade, the foundation hosts the National Veterans Awards Dinner.

This year, the organization will honor military personnel who participated in the fight against COVID-19.

The award is usually given to a single Veteran. However, since the pandemic began in early 2020, the country has called on “vets, first responders, medics and nurses to come out and fight an enemy we know little about,” Ryan said.

“I don’t know of anything braver than someone who can go out and fight the enemy when you don’t know how it will affect you in the years to come,” he said.

However, until around mid-August, organizers weren’t sure they could put on the parade, Ryan said.

At the time of going to press, this delay had made it difficult for the foundation to know how many admissions the parade will have.

“I don’t know if we will have a full list of 3,500 to 5,000 attendees because there are still people who cannot go out because of COVID,” Ryan said.

At least a few WWII and Korean War veterans have taken part in the parade in recent years. However, the pandemic is making it more difficult.

“The safety of these vets is absolutely top priority,” Ryan said. “We have to leave that to each individual and their family. “

If these veterans cannot attend, they can watch the parade, which the foundation will broadcast on its website and on YouTube.

“They will get the message that we love and appreciate them,” Ryan said.

The parade has traditionally attracted as many as 80,000 spectators, but Ryan is hesitant to estimate this year’s attendance.

“I couldn’t even begin to guess how many spectators we will have, but… we’re just thrilled to have our attendees out on the street and the spectators on the side to watch them,” Ryan said.

“We’re just going to let it unfold as it unfolds and then move on to preparations for next year which will be our 75th anniversary,” he said.

Ryan, a businessman from Trussville, is not a veteran but grew up in a military family.

He believes Birmingham residents should take Veterans Day seriously, even outside of the city’s historically significant role in the holidays.

“It’s absolutely imperative that we take at least one day a year and stop what we’re doing and show vets – and active duty military as well – that they are valued for keeping the nation safe,” Ryan mentioned.