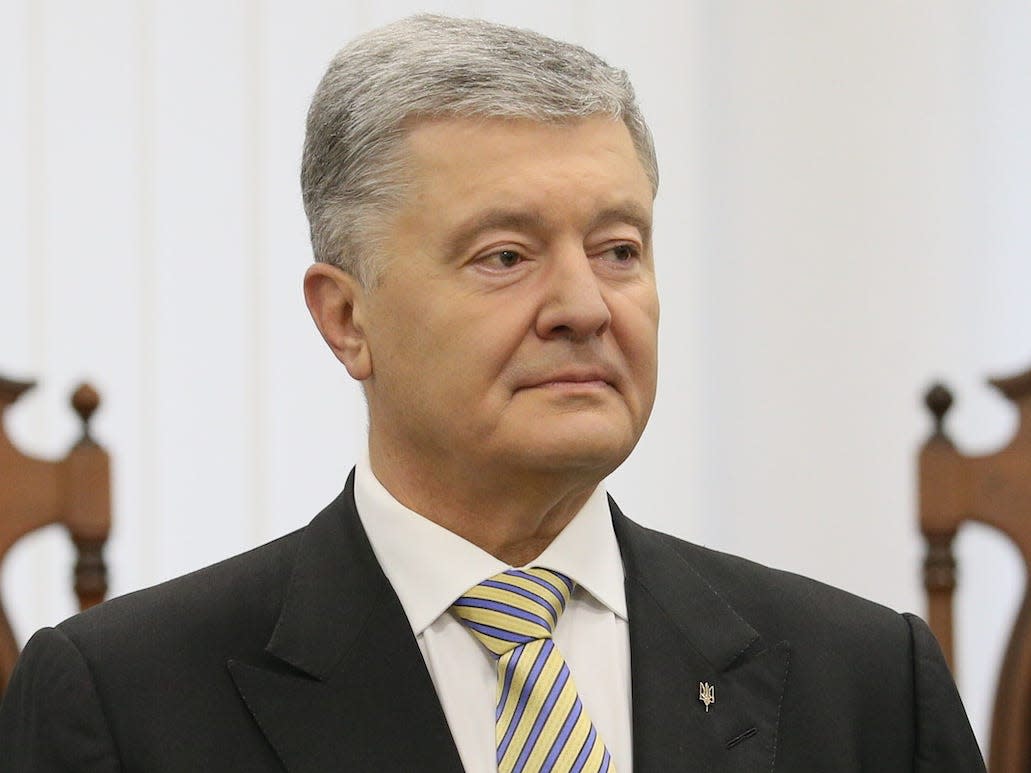 On Friday, former Ukrainian President Petro Poroshenko took a gun to fight alongside civilians as Russian forces advanced on the capital Kyiv.

In a interview with CNN from the streets of Kyiv, Poroshenko brandished a short Kalashnikov rifle and said he had two machine guns as he prepared to fight with a “territorial defense” battalion.

Kyiv was shaken early Friday by large explosionsalthough the number of people injured and the extent of the damage are unclear.

“If necessary, we are ready to defend our city,” Klitschko said.

Poroshenko said his unit does not have artillery, tanks or armed personnel carriers “because we started this process just a few days ago.”

Ukrainian President Volodymyr Zelensky declared martial law soon after and signed an order banning men between the ages of 18 and 60 from leaving the country during “the period of martial law”.

As Russian forces began to move towards Kyiv, the Ukrainian government called on all citizens and “patriots” to take up arms to defend the country.

“All those who are ready to take up arms, join the ranks of the Ukrainian Armed Forces Area Defense Forces. We have simplified the procedures. Only your ID is needed. We give weapons to all patriots!” The Armed Forces of Ukraine said in a tweet.

By early Friday morning local time, Russian forces had begun to encircle Kyiv. Several media and people on the ground reported that loud explosions were heard above the Ukrainian capital as Russian soldiers entered the city.

As they did, the Ukrainians prepared to fight. A video posted on social media appeared to show guns being delivered to anyone who wanted to fight.

And according to Illia Ponomarenko, journalist for The Kyiv Independent, as of Friday afternoon local time, 18,000 rifles had been donated to the Civil Defense Forces on the streets of Kyiv.