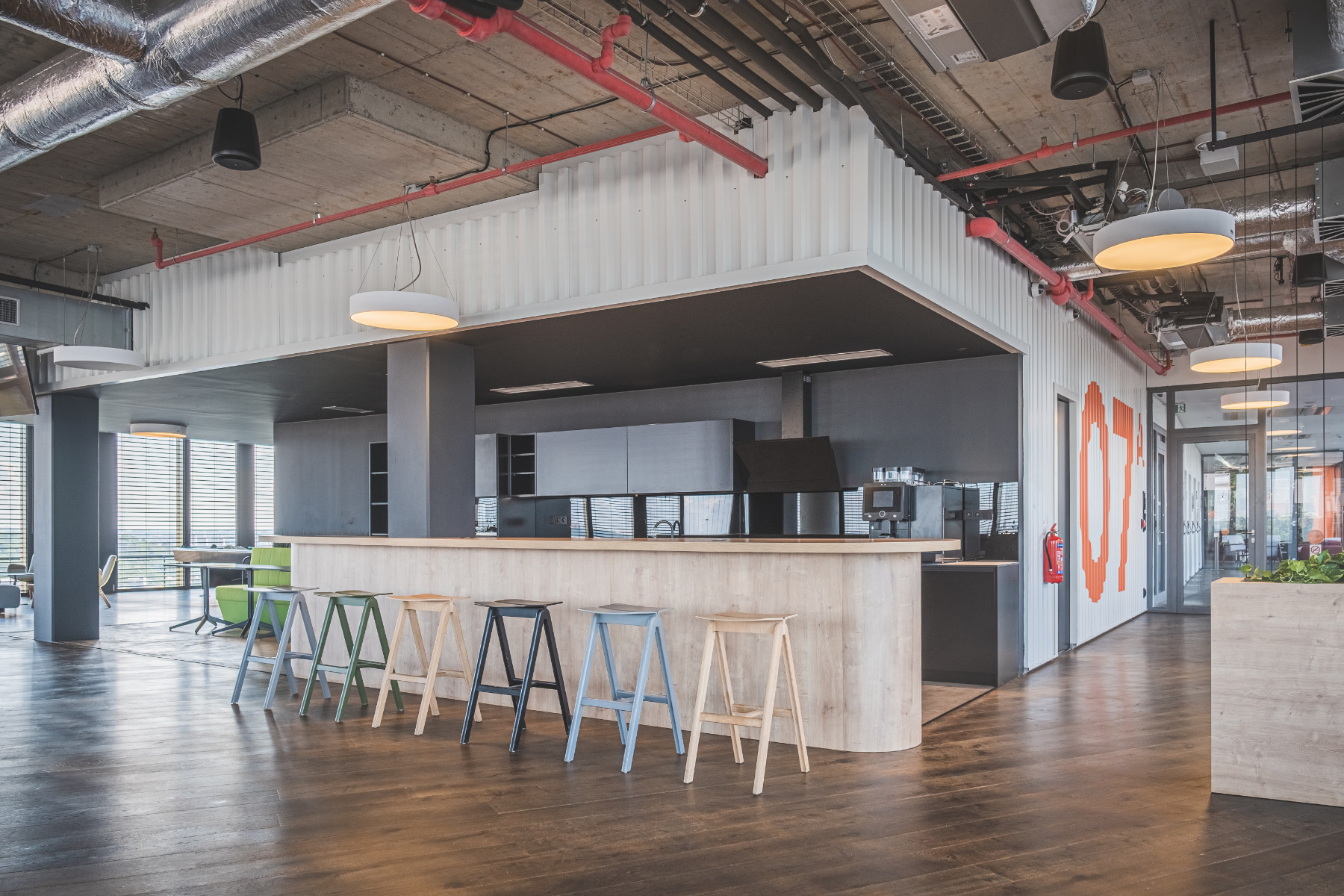 “The spaces are divided into several sections, depending on the type of activity people are going to perform. We have small, quiet areas for work that requires peace and focus, larger areas for brainstorming sessions and team cooperation, and larger studios for team collaboration. And since casual conversations in a hallway or over coffee often spark great ideas, there’s plenty of space for relaxation and informal moments, too.

The newly reconstructed 12,800 square foot workplace in the Enterprise building serves approximately six hundred employees who chose to work in the office and approximately three hundred who preferred a hybrid “work from anywhere” model. Over six floors, a total of 24 meeting rooms – 14 formal and 10 informal – as well as eight soundproof “micro-offices” have been added. There are also 10 Quiet Zones for staff and teams who need to work in a quiet environment. Yoga, massage and educational activity rooms for children have also been created, and an extension of the children’s corner has been added to include a place for babies.

“The design concept is based on the principles of town planning – the layout of the interior, the placement of functional areas and the supporting environment for meetings are reminiscent of urban units. It was essential to create so-called agile workspaces, which we achieved with Avast using modular furniture, sit-stand desks on casters or variable spaces for hybrid meetings. For added convenience, Avast has introduced reservations in silent workstations as well as reservations of entire zones, such as in workshop studios, ”explains Martin Zidek, architect at CAPEXUS.

The seventh floor, which was once the canteen and relaxation area, has been transformed into a multi-functional space where employees can cook their own meals and socialize. There is also a kitchenette on each floor, where a selection of sandwiches, pastries, yogurts and fruit are available free of charge, in addition to hot and cold drinks, ”says Capexus.