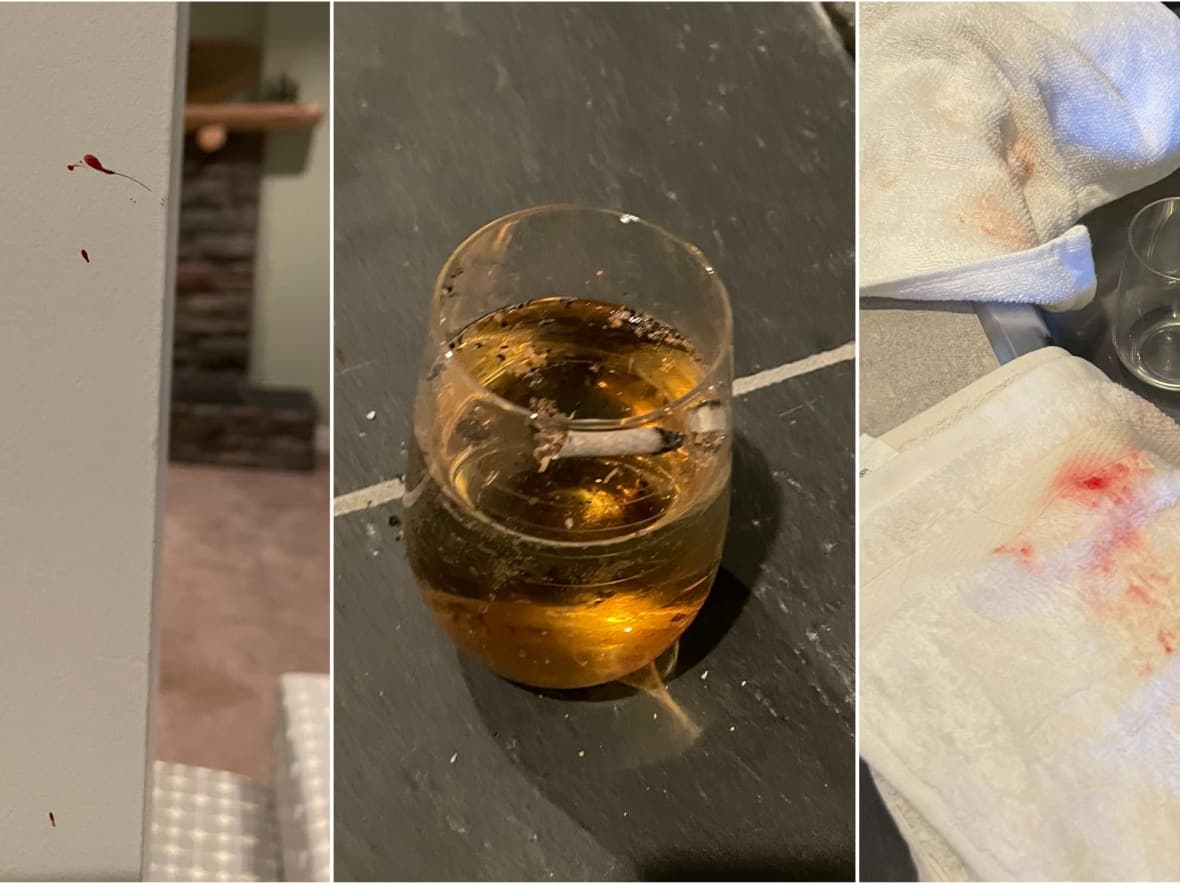 An Airbnb host in Calgary warns other hosts to consider creating safety plans in case they are put in dangerous situations with their guests, after his life was threatened and part of his home was ransacked by guests.

When Samantha Morahan received an instant booking through the app last weekend, she thought it would be a normal one night stay. But it quickly turned into a nightmare.

Her partner was out of town and she was home alone when the man and woman arrived for their stay in her basement suite.

Morahan says she could immediately tell something was wrong, but depended on the guests’ Airbnb account being verified — even if the account was new and had no existing reviews.

“It was a process that I had a lot of confidence in and a lot of faith in,” Morahan said.

She was in her bedroom when she could smell the cigarette smoke coming from the basement. Morahan says when she messaged the couple and eventually came downstairs to talk to them, they repeatedly denied smoking.

This confirmed her bad feeling, she said.

So she decided to contact Airbnb for help, which gave her three options: ask them to leave, let them stay the night, or call the authorities to intervene.

“I was explaining to them that I really didn’t feel safe at home. There was something really wrong with these guests and I don’t want anything to do with them after they leave,” Morahan said.

She decided to leave him alone – it was only one night, after all – until she could hear them fighting and getting more and more aggressive after midnight. The man kept going in and out the front door because the basement suite doesn’t have a separate entrance.

“It’s not normal and I don’t want to deal with it anymore. So I phoned the police and explained the whole story,” Morahan said.

The police agreed to come and see. But as Morahan waited for them to arrive, she says the argument started to escalate.

Then, Morahan said, the woman came up and started screaming at the top of her voice.

“I was like, who could she be talking about? And as she’s yelling profanities, I realize she’s talking about me. She thinks her partner, who was going in and out of the house, had had some kind of relationship with me.”

The woman threatened to kill Morahan, damaged decorations near the main entrance, and stormed out.

“I had a chair leaning against the door and I was in total fear mode, not knowing who these people were.”

She called the police again. When they arrived, and she was explaining the situation to them, the man came upstairs with blood running down the side of his face. She says he gave the police a different name than what was on his account.

Eventually, the police convinced him to leave.

When Morahan checked the basement suite, she found cigarettes, damaged furniture, clumps of hair throughout the suite, and blood on the walls, blankets, and washcloths.

“It was so weird being at home and not feeling safe like that,” she said.

Morahan and her husband have deleted their Airbnb account, but she says they will honor existing reservations for people they have reviewed and had conversations with.

“But other than that, we stopped our instant booking. We stopped everything.”

She says she wants other Airbnb hosts to trust their instincts, scrutinize every guest who asks to book, and aren’t afraid to turn guests away.

She also urges other hosts to consider a safety plan in case something similar happens to them — one that covers what steps they’ll take, how they’ll handle it, and who they’ll call for help.

“It’s a wonderful opportunity, but it’s also a very vulnerable opportunity to invite people into your home.”

According to Airbnb’s Ben Breit, the situation is extremely rare, but measures are in place when it happens – such as a 24/7 security line accessible to all guests during active reservations, equipped with a team trained in the aggravation of dangerous situations.

He says there is also an AirCover program that provides $3 million in property damage protection.

“But what we find works most often is just asking questions up front and making sure guests understand up front, ‘Hey, I live here. Hey, you know, I respect my neighbors…”. Things along those lines.”

In a statement, Calgary police said they were called to the Northwest Residence to reports of a disturbance on December 4 at around 2:20 a.m.

Upon arrival, they located a man, whose injuries appeared to be minor, the statement said. At the time, the man confirmed that the other guest had left and also agreed to leave the house.

“Police escorted him to a friend’s house. After speaking with all parties involved, no charges will be brought in relation to this incident,” the statement said.

The people who booked the rental suite could not be reached.

What’s the story with all the new student accommodation in Belfast? –…