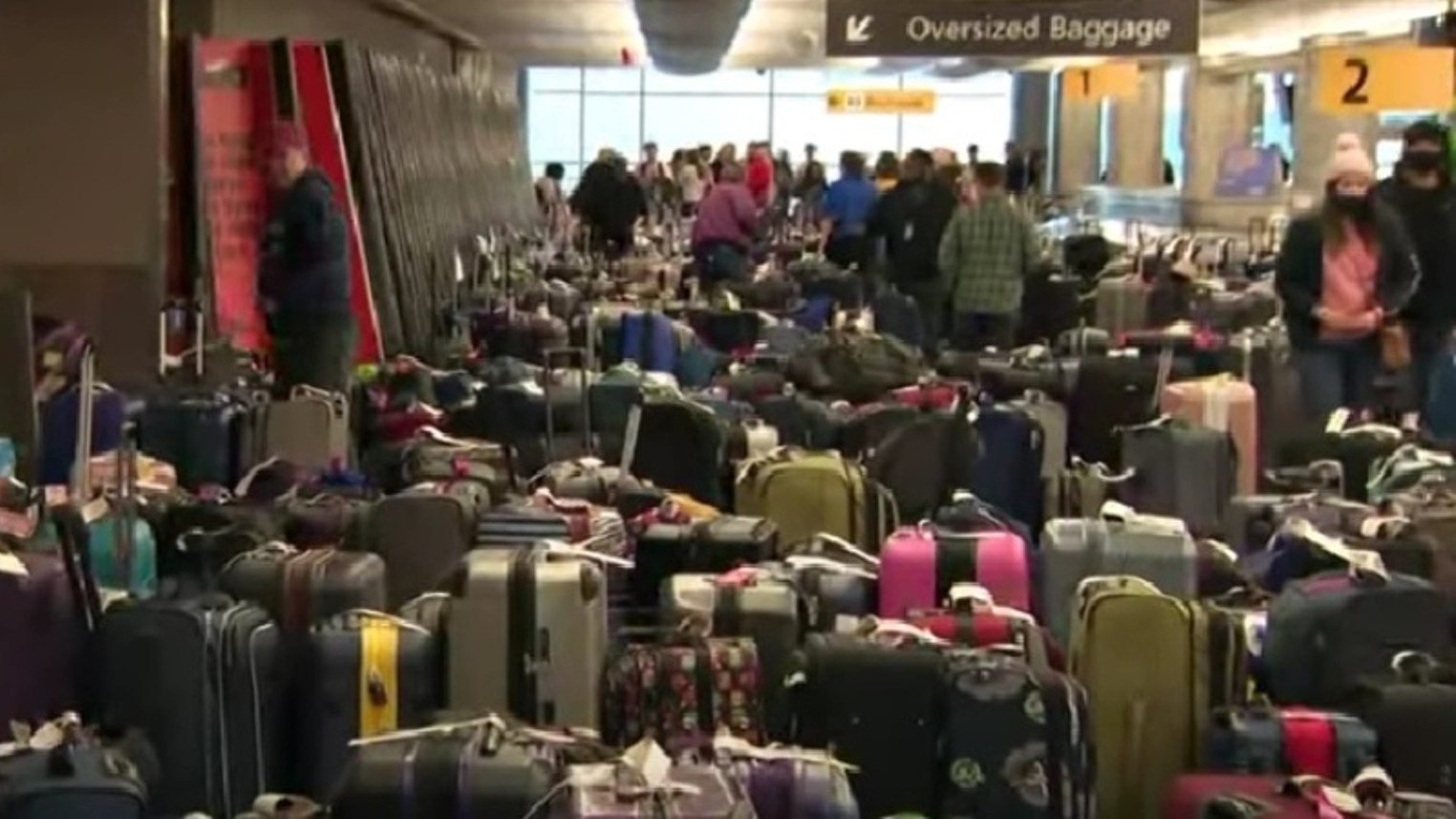 South West Airlines has been at the center of national reporting on travel nightmares over the vacation that just ended for obvious reasons: the carrier canceled the most flights, stranded the most passengers over the longest period and earned itself repeated retribution from officials in President Joe Biden’s administration.

But the story of what went wrong at facilities across the country – including Denver International Airport, whose problems continue to persist (about 300 flights were canceled on January 2, with at least another 24 deep six at noon yesterday, January 3) — was more complicated than that, as my family and I learned from personal experience.

Our Christmas festivities were turned upside down thanks to a series of issues with another airline, and my return to Colorado on Southwest actually went according to plan – but not before several glitches and gaffes caused the change and modification of plans. And when the flight finally took off, it was – ironically alert – almost half empty.

Here is what happened :

Months ago, my clan — wife Deb, son Nick, partner Justin, daughter Ellie, significant other Nick N., and daughter Lora — arranged to gather in Southern California to Christmas, but our departure dates were varied. Ellie and Nick N. departed a few days early for layovers in Phoenix and San Diego, while Nick and Justin were scheduled to fly Dec. 23 to Los Angeles on Delta. Meanwhile, Deb, Lora, and I were booked on a direct Delta flight to Los Angeles International Airport on December 24. But the whole crew was to meet at an Airbnb on Christmas Eve in Fullerton, Calif., not far from Disneyland, where we had passes for Dec. 26 and 27, so we could spend the next day together.

Or at least that’s what we thought.

Because Ellie and Nick N. had their own car, they arrived in Fullerton as planned. As for Nick and Justin, their departure from Delta was delayed until December 22, the day an epic cold snap hit Denver, but they still made it out of town, albeit after a two-hour delay. . But Deb, Lora and I were notified that our Christmas Eve flight had been cancelled.

That’s when the jamming exercise began. We found an alternate route on United from Yampa Valley Regional Airport in Routt County, which serves Steamboat Springs, and were prepared to drive the three hours to the site. However, Delta refused to pay for a rebooking on another airline because the delay was believed to be weather-related, even though the poor conditions were back east at the time and far from where we wanted to lead. The only other option was a Delta flight from Colorado Springs to Salt Lake City on Christmas Day, followed by a brief wait before catching another plane to Orange County – and we booked it.

That evening, however, the Salt Lake-Orange County leg was also canceled, and the next flight to the area – Long Beach, in particular – did not depart until late Christmas night, requiring a layover. about seven o’clock. So we changed our reservations again and ended up spending most of the day at the Salt Lake airport. But at least we had some kind of religious experience: an airline employee basically commandeered a bus taking us to the terminal in order to tell us about his birth experience.

We arrived in Long Beach late in the evening and were able to spend a few minutes with our family before leaving – and the following days were fine. But even though the holidays seemed to be back on track, one shadow lingered over our enjoyment: Deb and I were supposed to return to DIA on Southwest late Friday, Dec. 30 (Lora returned earlier), and the airline was canceling always flights. days after other carriers had more or less resumed normal operations.

Then, Thursday morning, our worst fears came true: Deb checked the Southwest website and saw that our flight had been cancelled. In response, we arranged to keep our rental car for an extra day so we could return to Colorado – an eighteen-hour trek along old Route 66 necessitated by a huge storm over the mountains. The rental car company, National, ripped us off for an extra $300 for a single day, and if we didn’t get back to Denver by 5 p.m. on Saturday, that amount would be doubled – not to mention the cost of paying for a room. hotel in Gallup, New Mexico, about halfway through our trip. But we were hoping that Southwest would pay for those expenses.

Then came another twist. That evening we saw a news report that Southwest had finally pulled itself together and would be operational again on Friday – and when Deb checked the airline’s website again, our flight was back on. She called the airline to confirm, and after only forty minutes of waiting, an operator said the flight was definitely scheduled; she guessed that the cancellation notice was some mistake.

Early Friday, the Southwest website was still showing the flight, and we spent the day hoping it would take off as promised – which it did. But when 40% of its seats were vacant, we couldn’t help but wonder if others had wrongly learned that it had been canceled and were returning home using other methods without finding out the truth.

If so, will Southwest reimburse their additional costs? Or will the airline refuse to do so because the flight actually took place? We may never know, but hopefully these folks experience a late Christmas miracle.