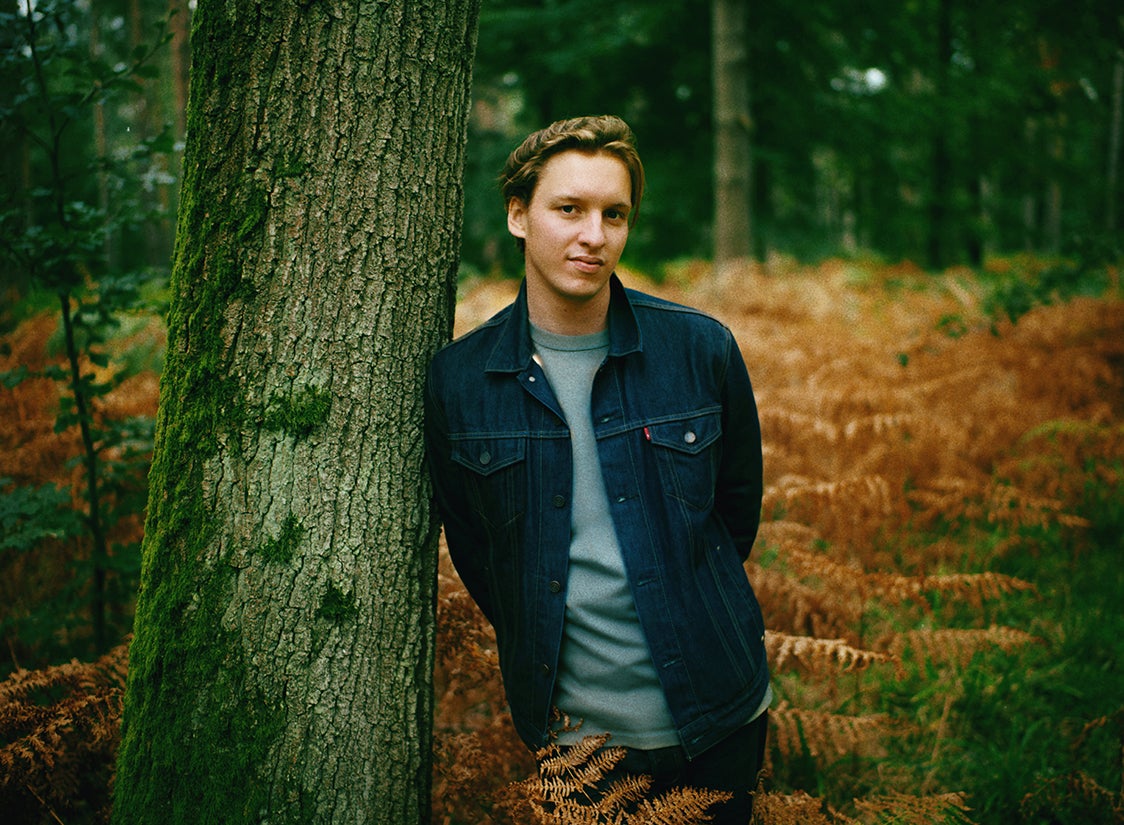 Public notice for ubiquitous Bluetooth speakers: You’re about to be seriously overwhelmed, because single-troubadour-cum-Airbnb connoisseur George Ezra has a new album out. Everyone who has ever been/is currently on a vacation that will/will soon be described as an “adventure” in an Instagram post is about to do it again and, unfortunately, feel “seen.” Luxury hostels of the world, warn your neighbors that another six months of ersatz Paul Simon is coming your way.

Gold Rush Kid, out today (June 10), is the third album from Ezra – a lovable harbinger of the British summer with Andrex’s puppy-dog eyes and high goalie energy – and it’s continuing at a steady pace. There’s nothing to worry about with Ezra: this is music for people on gap years who miss their 10.5 blankets, or office workers who absolutely crave Pimm’s on a Friday afternoon in July. He takes only the most adolescent risks, referencing exotic locales like Manila and Rotterdam – Ezra’s second biggest hit, Lest we forget, was called Budapest – but always revolves around gorgeous piano, gorgeous guitar and gorgeous singing choruses.

Ezra’s travels add aspiration to what is otherwise the musical equivalent of a suburban barbecue event for men in culturally insensitive shirts; between jingle and acoustic tape Gold Rush Kid we eye ‘nights to remember’, ‘pretty faces’ and ‘champagne’. Ezra’s sophomore album, Overnight at Tamara’s placewas actually written by Airbnb – hence the title – and Sony sent him on a rail trip around Europe to get inspiration for the first record, Wanted on a trip: if those wanderings are still giving him material, he clearly had a pretty good time.

The album opens with textbook Ezra: “Anyone For You,” a song about a 21-year-old girl named “Tigerlily” who he tries to save from herself, definitely has a deliberate totish nod to the Serengeti, a strumming piano, a chorus of applause in 45 seconds, and “Walking On Sunshine’ inspired brass riff. It’s followed by “Green Green Grass”, whose slightly manic optimism (“Green green grass/Blue blue sky/You better throw a party the day I die”) is hard not to respect.

After a couple more tracks of vaguely Calypso-inspired bopping – including “Dance All Over Me”, whose dancing and letting go should be “what happens in Vilnius, stays in Vilnius” – the mood changes. There are still singalongs (“Hey hey, it’s a new day”), romance and charming innocence (“Goodness gracious,” says Ezra on “Sweetest Human Being Alive”), but there’s also melancholy. The second half of the album is about flying home, reflecting on life – but, unnecessarily, he never pushes it. “I’m so happy I could die right now,” Ezra sings on final track “Sun Went Down,” sparing the sunny riffs and snares of the shuffle. It’s sad but still cute, like a slightly existential episode of The Teletubbies.

Let’s be honest. Sure, Ezra is a white ex-public schoolboy from Hertfordshire who writes a lot of middle-class-sounding-sounding songs, but where would we be without him? When you hear the brass on “Anyone For You” as you wistfully share your thoughts on jet planes, bikini bottoms and tank tops, you’ll tap your foot with restrained glee, just like me.

[ See also: Wu-Tang Forever at 25: an audacious milestone in hip-hop]