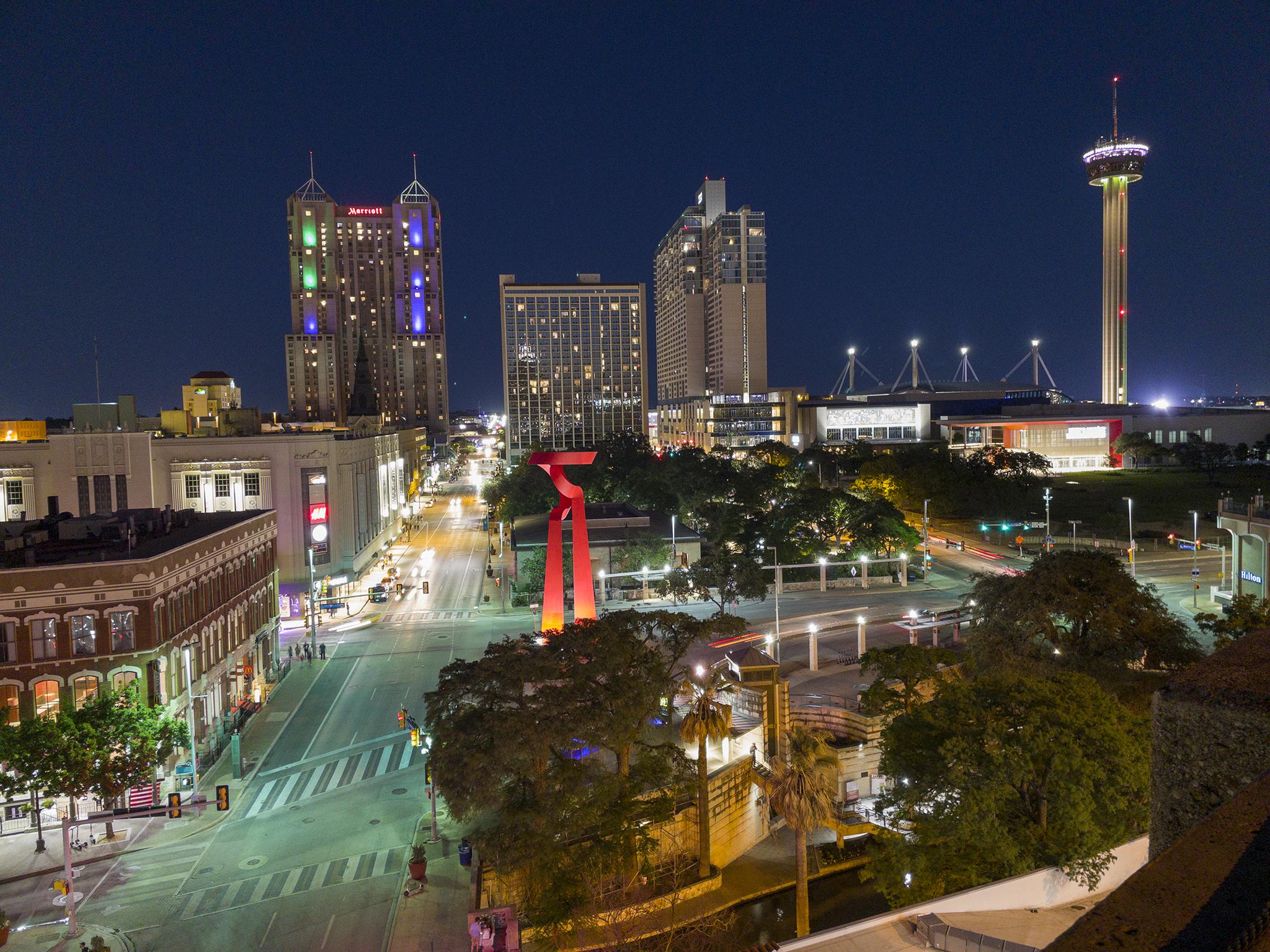 Business was already booming for the vacation rental market before the pandemic, but summer rentals and associated costs have skyrocketed this year.

San Antonio has seen a 133% increase in vacation rental bookings on websites like Airbnb and Vrbo since the same period last year, according to Guesty, a company that provides short-term rental property management software. .

The boost is even greater than in Dallas (82%), Austin (71%) and Houston (45%). San Antonio also ranked fourth for the increase in summer bookings in major US cities, preceded by Philadelphia, Chicago and Phoenix, respectively, said Guesty.

Nationwide, bookings are 80% higher than what was seen before the pandemic in 2019, the company found.

“It was as if the floodgates had been lifted,” Birdy said.

Rental property owners around Texas feared for the future when the pandemic first took hold. Abbott lifted the restrictions in March and since then many properties have seen their businesses bounce back faster than hotels.

Birdy Properties now averages around 150 bookings per month, up from just 50 before the pandemic.

In March, Jeff Hurst, president of Vrbo, which was founded in 1995 as Vacation Rentals by Owner, told CNN Business that the company had the best start to the year in the United States for 25 years.

Guesty estimates that San Antonio has seen the cost of rental bookings rise 30% from last year and 28% more from 2019.

AirDNA, a Denver-based analytics company that collects data on short-term rentals, puts the average daily rate for a vacation rental Monday in San Antonio at $ 136.

The industry has previously touted that the Centers for Disease Control and Prevention says staying in a vacation rental with members of your household is safer than going to a hotel (although the agency still lists it as “less safe” than staying at home). AirBnb also has a policy in place that bans parties and limits gatherings within their properties to 16 people. Customers who break the rules have their account suspended.

San Antonio hotels have also started to fill rooms again in recent months. But convention activity remains in tatters and many hotels are struggling to hold it back, the Express-News reported in June.

Visit San Antonio, the region’s public-private tourism marketing organization, reported a 274% increase in room revenue (to $ 98 million) in May, part of a 96.1% increase in occupancy rate (at 60.8%).

What are people doing here?

San Antonio has always benefited from a large number of families visiting here. About 70 percent of visitors come from elsewhere in the state, and many of them visit some of the region’s top tourist destinations.

The coronavirus pandemic has forced the company to close its attractions in front of Alamo: Ripley’s Haunted Adventure, Tomb Rider 3D and the Guinness World Records Museum. The company has also closed the Buckhorn Saloon and Museum and other nearby attractions.

The attractions reopened last June, and after months of uncertainty, tourists have finally started to come back in force.

On ExpressNews.com: How To Rent A Private Pool In San Antonio This Summer

“A year ago, we were just hoping to be successful,” said Davis Phillips, president and CEO of the company. “No one expected this to exceed expectations. It was very unexpected.

Attendance has increased 10% at Phillips Entertainment properties since 2019. Revenue is also up 28% from two years ago. People also spend more money than they usually spend.

“We are grateful for this explosion of activity,” said Phillips. “We are recovering from whooping cough we suffered last year. ”

The biggest change Phillips said he sees is a change in how much people spend when they visit San Antonio.

San Antonio has historically had a price conscious leisure visitor, with most people opting for discounted admissions. Now people are paying top dollar for admission and Phillips is seeing an increase in purchases in the retail, food and beverage industries. Part of it could have to do with stimulus checks and federal money, he said.

So what can we expect in the coming months?

Guesty said Americans are hoping for a return to normalcy for travel and celebrations with family and friends across the country. The holiday weekend (December 23-27) is expected to be the most expensive weekend to travel in 2021, far surpassing the summer holidays of Memorial Day weekend, July 4 weekend, and Labor Day weekend.

The volume of bookings in the United States for the winter holidays is already up 81% from 2020 and 45% from pre-Covid 2019 volume, the company said. Stays will be more expensive this year, as travelers are already booking at prices almost 50% higher than in 2020 and 74% higher than two years ago.

But if you ask Phillips, the head of entertainment at Phillips, “When the big rush passes, will we continue to see higher consumer spending?” Per capita spending is higher than ever, but will it stay there when demand drops to historic levels? I think the answer is yes, but we’ll see.