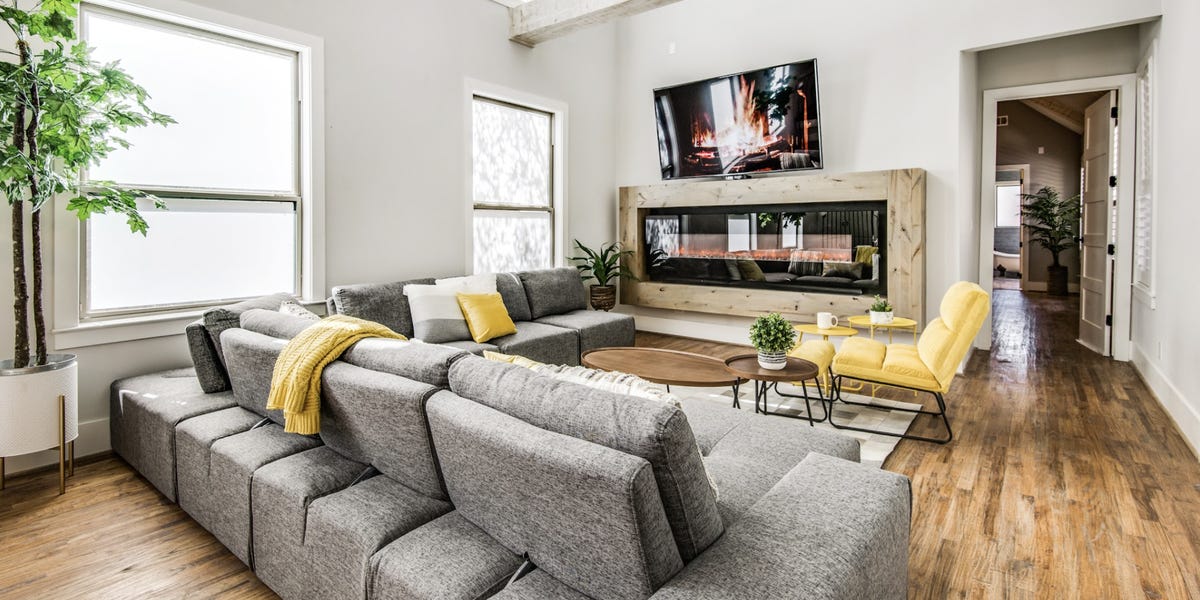 Airbnb hosts are worried about an “Airbnbust” for a big reason

Shelby Church, a host with Airbnb, posted a video on YouTube in October breaking down how much money his Palm Springs, Calif., Airbnb lost over the summer.

After factoring in expenses, she told her 1.75 million followers that she lost nearly $10,000 from June to September. In a previous video, she shared that she made over $12,000 in March alone. She did not respond to Insider’s interview request.

Church’s experience shows how the high expectations of owners of short-term rentals can come down to earth. Airbnb hosts in select regions experiencing booking slowdowns which some people call an “Airbnbust”.

The phrase has gained popularity on Twitter, YouTube and Reddit. Sparking a recent flurry of online discussion about the term, Dallas-Fort Worth, Texas resident Amy Nixon captured two Facebook comments from hosts asking if others were experiencing slowdowns in bookings and tweeted them October 16. Nixon, a stay-at-home mom with an economics degree who worked in journalism, added the caption, “Airbnbust is upon us,” in a post that has since garnered 53,000 likes.

Airbnb, however, does not experience such a collapse. The $60 billion company on Tuesday posted record revenue of $2.88 billion and profit of $1.2 billion in its third-quarter earnings call. Airbnb also announced on Monday efforts to be more transparent in pricingallowing travelers to see the total cost of a stay, including cleaning fees, and launching a tool to help hosts set more competitive rates for their accommodations.

Nixon told Insider his tweet came after noticing a change in attitude in posts from an Airbnb Superhosts Facebook group of 196,000 people.

“I would say it happened over the last few months,” she told Insider. “There was probably a mid-summer shift, which was around the time the housing market in general started to turn around.”

Nixon told Insider that the slowdowns seen by hosts in recent years stem from one main source: too much supply.

Of the 1.2 million Airbnb listings in the United States, 62% have been added since 2020, according to a graph that Jamie Lane, vice president of research at short-term rental analytics firm AirDNA, tweeted October 18. The number of Airbnb listings available increased to 1.38 million in August 2022, from around 1.07 million year-over-year, according to AirDNA.

Over the past two years, many people have decided to invest in short-term rentals in search of supposedly “passive income“, a concept describing earning extra money from side hustle with little or no effort.

During the period of historically low interest rates in 2021, thanks to the Federal Reserve standard, many buyers felt encouraged to invest in homes for the sole purpose of listing them on Airbnb — a tactic that has been effective for some.

In addition to monitoring the Facebook group, Nixon observed the behavior of short-term rental investors near her in Texas.

“I started noticing about a year ago that there was an increase in people saying, ‘Hey, I’m taking this extra property in Broken Bow, Oklahoma,'” Nixon said. “Suddenly all three people you know are talking about how they’re going to do this Airbnb property.”

An abundance of long-term bookings due to easing travel restrictions and remote working policies has spoiled newcomers who joined during the Airbnb boom. And if bookings stalled and hosts relied on Airbnb revenue to cover the mortgage, those hosts had a safety net as home prices continued to rise, Nixon said. They could sell and still win.

But now, home price appreciation has slowed, and in a few places in the United States, home prices are actually falling. This puts people who have invested in short-term rentals, but are not seeing as much income as they expected, in a difficult position.

“My personal opinion is that the accommodative monetary policy of the past two and a half years has fostered a housing market that gives everyone a participation trophy,” she said. “Anyone who has bought a property – whether they do a good job or not, researched the area, picked a good location, did a good job of cleaning and presenting the property – just by owning from the house, he could earn money in the capital increase.”

The 06 Best Budget Airbnbs in Detroit

See a new world every day: 35 unusual maps that can change the way you see the world