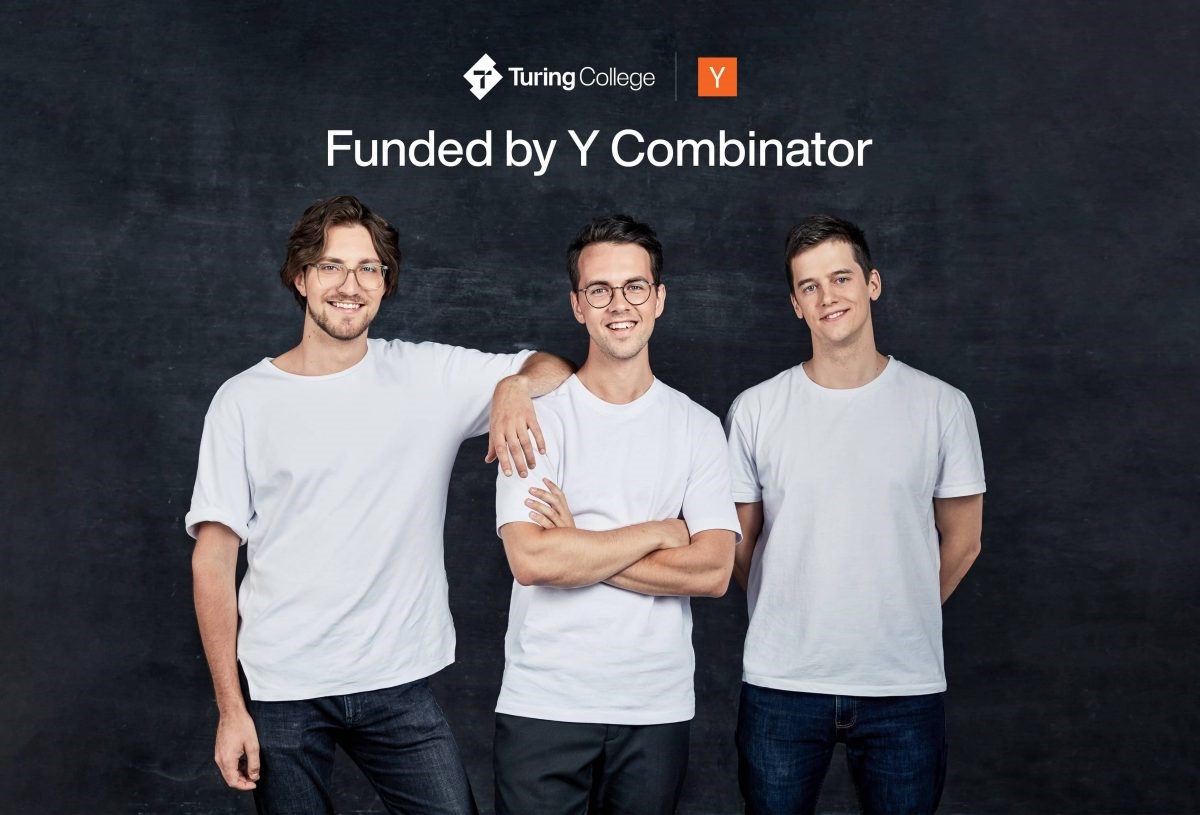 Turing College is a data science and AI edtech startup that allows students to learn at their own pace on a peer-driven distance learning platform. As the demand for data scientists increases, the Vilnius-based company hopes to solve recruitment problems by developing training programs together with its hiring partners, e.g. Biomap and neurotechnology to equip students with the skills they need to become employable.

To date, Turing College has received $1.2 million. USD (0.9 million EUR) in funding, including a pre-launch round led by Startup Wiseguys. This funding allowed them to build their own learning platform and offer courses to EU learners. As a member of the Y Combinator program, the edtech startup received a financial injection of $125,000 and a three-month program to boost its scale into new European markets.

Y Combinator is a fund accelerator that invests a small amount of money twice a year in many startups. Alumni include Airbnb and Scale AI, as well digital pharmacy Truepill and home training service, Pivot.

The W21 Y Combinator batch consists of 350 startups from 41 countries. For the first time in its 16-year history, 50% of the party is from outside the US. Turing College is the first Lithuanian company selected by Y Combinator.

Lukas Kaminski, CEO of Turing College, said: “We’ve put in a lot of work preparing for Y Combinator’s selection stage, working together with customers and growing revenue every week, so it’s a huge honor to be selected. Vilnius made it a lot easier for us.”

He continued: “We can see that the model we’re building is working. We already have our first program participant. Our data-driven recruiting solution is gaining interest from more and more companies who want to partner with us. Joining Y Combinator means we have access to the world’s biggest investors, experts and business advisors. It is both a great honor and a responsibility for us. We are proud to be the first Lithuanian company in the ranks of Y Combinator.

Vilnius Mayor Remigijus Šimašius said: “Startups are buzzing in Vilnius, which is why it is one of the leading startup centers in Europe. Global recognition of companies based in the capital is a great achievement for young entrepreneurs and the city. This shows that our support system for startups lays the groundwork for even greater recognitions.